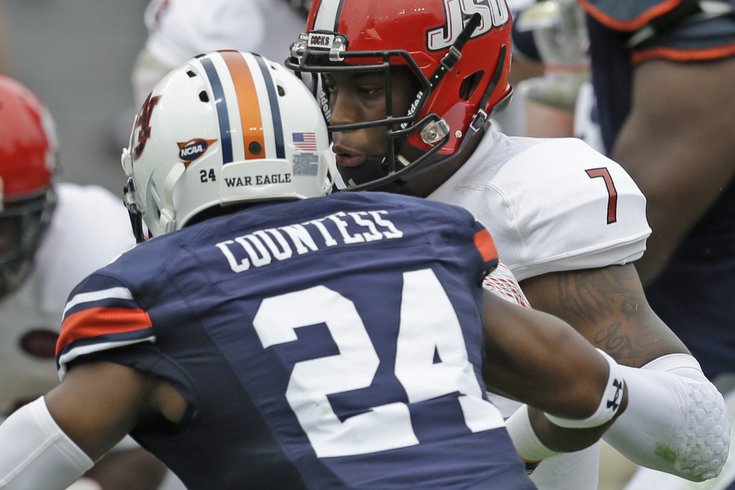 Blake Countess may be small, but he'll hit.

Leading up to training camp, as we did last year, we'll be comparing each of the Eagles' rookies to current NFL players. In case you missed the first four Eagles draft picks comps, you can find them below:

Today we'll find a comp for CB/S Blake Countess. At Auburn last season, Countess played corner, nickel, and safety, and his team voted him the MVP of the defense, per Michael Niziolek of the Ledger-Enquirer. From Niziolek's piece:

While Countess is a hair under 5'10, he is more than willing to stick his nose in, fight through blocks, and make tough tackles. For that reason, the Eagles have been lining Countess up at safety through OTAs and minicamp. Countess reminds me of another Eagles veteran, acquired this offseason in free agency, Rodney McLeod, another small player who plays bigger than his size.

Their measurables are incredibly similar:

Under the new coaching scheme, the Eagles clearly don't care if their safeties are a little smaller than ideal, so long as they can cover like corners and play with a physical demeanor. McLeod went undrafted when he entered the league in 2012, while Countess didn't come off the board until the sixth round. The Eagles will be thrilled if Countess' career path mirrors McLeod's.