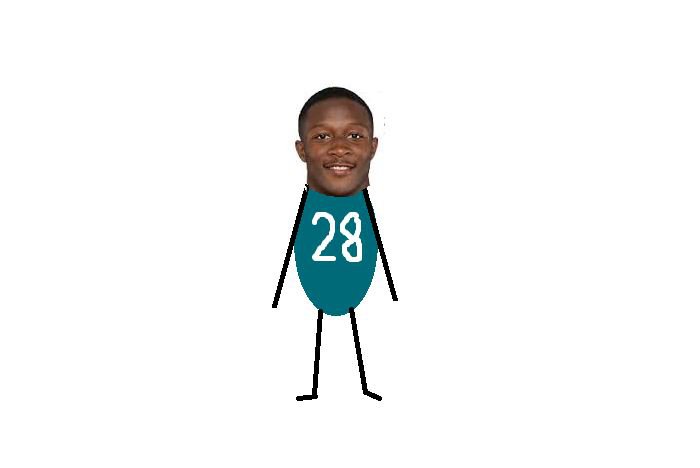 We don't have a picture of Will Parks in an Eagles uniform, so this will have to do.

The Philadelphia Eagles updated their injuries on Wednesday, and a new significant one appeared on their list. That would be Will Parks, who is out "multiple weeks" with a lower body injury.

Update: It's a hamstring injury.

#Eagles DB Will Parks suffered a hamstring injury per source. Original timetable is 4-6 weeks, but knowing Parks past with injuries, I would assume there’s a good chance it will be shorter than that.

Parks is the Eagles' third safety, but he was poised to play a much bigger role than that in 2020. Throughout training camp, Parks was sharing time with Nickell Robey-Coleman in a nickel role. Robey-Coleman was the regular nickel, with Parks serving as the "big nickel." Parks was also getting looks as a dime linebacker.

Parks stood out enough in camp that we included him along with Robey-Coleman among our players whose stock was up after the first week of camp:

📈 Nickell Robey-Coleman and Will Parks: Robey-Coleman (as the nickel) and Parks (as the big nickel) figure to be important pieces in the Eagles defense this year, and both have shown well so far in camp.

Robey-Coleman has had sticky coverage on everyone he has faced, while Parks has brought infectious energy to the defense when he has been on the field.

With Parks out, it will be interesting to see if another safety will fill that elevated safety role, or if Jim Schwartz will simply abandon it until Parks returns. The guess is the latter, as none of the vets (like Marcus Epps or Rudy Ford) are as good as Parks, and Schwartz has explained on several occasions this offseason that the safety and linebacker spots are difficult positions to pick up as rookies, thus making K'Von Wallace unlikely to be an immediate apples-to-apples replacement for Parks' role.

MORE: Recap: Eagles chat with Jimmy Kempski | Shander: Eagles aren't doing Wentz any favors heading into 2020 season | So the Eagles are playing a RG at LT, and a LT at RG, because... continuity?