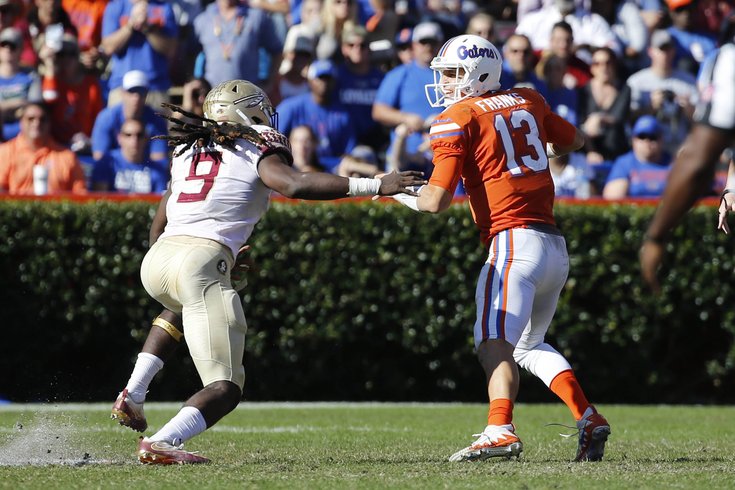 Sweat was projected by many as a Day 2 pick. He is a 6-foot-5, size-speed freak with 4.52 speed, and other extremely impressive measurables:

Landing him in the fourth round is excellent value. At 251 pounds, Sweat is a difficult projection to 4-3 defensive end, as he would likely have to put on weight to hold up at the point of attack against the run.

MORE: 2018 NFL Draft open thread: Day 3 | Eagles select Pitt CB Avonte Maddox with the 125th pick | Updated Eagles NFL Draft board | In Goedert, Eagles fans have a Dallas they can actually root for | A look at what the other NFC East teams did on Day 2 of the 2018 NFL Draft

The Eagles have taken chances on size-speed freak defensive ends in recent years, notably Alex McCalister in the seventh round of the 2016 draft, though Sweat is a far better prospect. The Eagles could view Sweat as a situational pass rusher on obvious passing downs early in his career.