The Eagles should have traded Fletcher Cox; now they can't 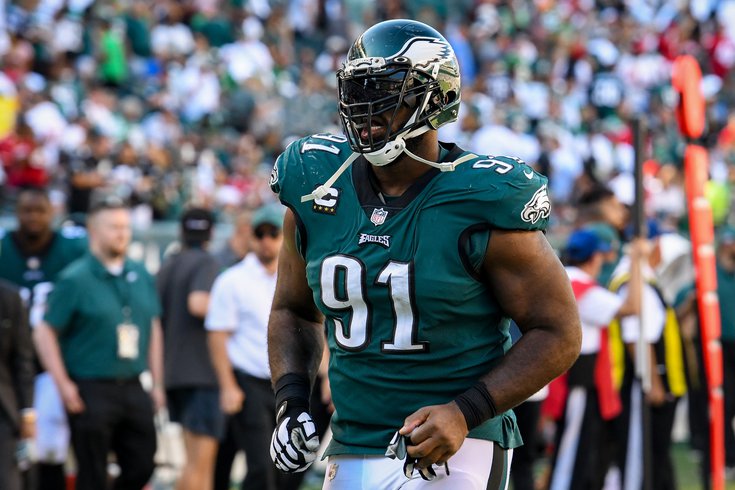 Once upon a time, the Philadelphia Eagles had a gift for recognizing when aging, veteran players were past their primes, and they had the fortitude to make the often unpopular decisions to move on from them a year early instead of a year too late.

More recently, the team has overrated their own veteran players, and given them albatross contract extensions/restructures despite clear evidence that they are on the downsides of their careers.

Such was the case in 2019, when the Eagles agreed to give up roster flexibility with Alshon Jeffery by guaranteeing his 2020 salary in return for a small pay cut in 2019, a disastrous misevaluation of risk vs. reward. That is an extreme example, but one the team does not seem to have learned from.

About six weeks ago, the Eagles quietly restructured Fletcher Cox's contract, giving them some added cap space in 2021 while also opening up some other future options. We'll get to that shortly. In the process, they also made him basically untradeable this season.

Prior to that restructure, we suggested that the Eagles should explore Cox trade opportunities, on the premise that:

They also would have very likely gotten a reasonably good return for Cox, who at the time was still thought of as a top 5-10 interior defensive lineman, even if he wasn't the elite player he once was. In July, we suggested a valuation of a late second-round pick, a cost that might seem silly now but was not met with much disagreement at the time.

MORE: Nick Sirianni's football team is a flower. A weird, ugly flower. | Eytan Shander: If the Eagles are tanking, they're doing a hell of a job

Seven weeks into the 2021 season, Cox has been unproductive, with just 11 tackles and 1 sack. He has looked disinterested on the field, and has openly griped about his usage off of it.

There's little question that his value around the NFL has decreased since the start of this season.

Just as importantly, as noted above, Cox's contract is now essentially untradeable this season. Because of the complexity of the restructure (it was actually more like two restructures — in 2021 and proactively in 2022), it took the great Jason Fitzgerald of OverTheCap.com 25 minutes to try to explain it:

However, as is often the case, the Eagles were too smart for their own good. Instead of moving Cox at a time when they could have rid themselves of his contract completely while also saving a little money and likely acquiring a good asset in return in a non-contending season, Cox's decline could accelerate, he'll continue to be "a big rock in the salary cap jar" through the 2023 season, and there will no longer be any sort of good asset that the team will acquire in return for him via trade.

Oh, and he's unhappy now, too.