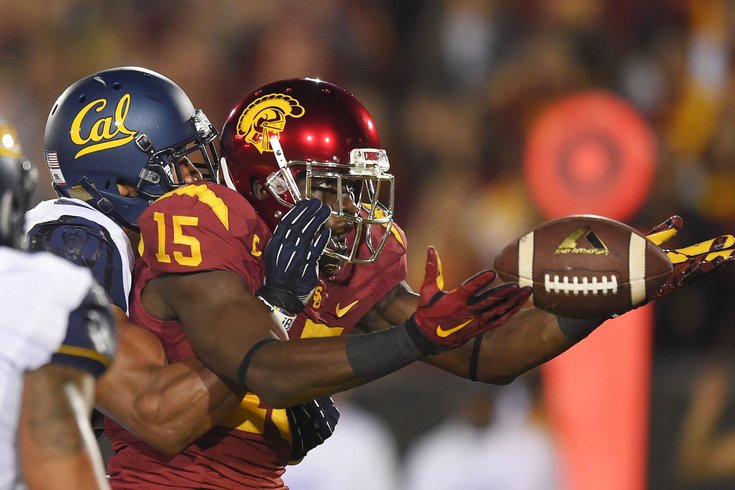 Four down, two to go. After signing second-round pick Eric Rowe, sixth-round pick Randall Evans, and seventh-round pick Eric Mihalik a day ago, the Eagles have reached an agreement with first-round pick Nelson Agholor. His contract numbers, via Ian Rapoport of NFL.com.

As previously noted, under the new CBA, the rookie salary pool all but ensures that draft picks sign on time for camp, as there is little wiggle room for negotiation on their rookie deals.

The two remaining unsigned Eagles rookies are third-round pick Jordan Hicks and sixth-round pick JaCorey Shepherd. Expect the Eagles to have their entire rookie class all wrapped up soon.