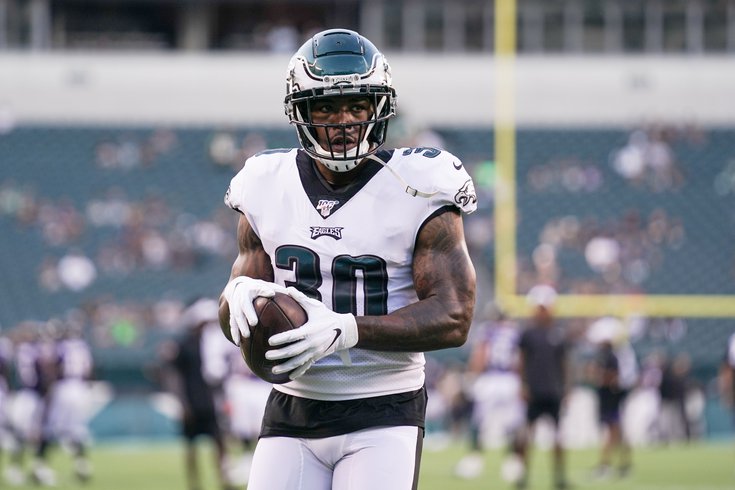 The Philadelphia Eagles have signed running back Corey Clement, after a short hiatus away from the team. In March, the team opted not to tender Clement as a restricted free agent, which made him an unrestricted free agent. Clement likely did not find much interest on the free agent market, and now he's back.

Clement originally signed with the Eagles as an undrafted free agent, and in his rookie season, he rushed 74 times for 321 yards (4.3 YPC) and 4 TDs, while adding 10 receptions for 123 yards and 2 TDs. In the Super Bowl, Clement caught 4 passes for 100 yards and a TD.

Over the last two years, Clement has had his seasons cut short by injuries.

Had the Eagles tendered Clement at the "original (low) round" level, he would have counted on the 2020 salary cap at $2,132,000. Instead, he'll come back at a substantially lower salary.

It's a veteran minimum deal for Clement, according to a league source. (For him, that's $825K).

Clement just got fully cleared from his shoulder injury this past Monday. https://t.co/nAQZi10zwy

The Eagles are returning Miles Sanders, Boston Scott, and Elijah Holyfield from the 2019 roster, and they also added undrafted free agents Michael Warren and Adrian Killins after the draft. In 2019, the team had eight running backs in camp, and needed more bodies.

In Clement, they add a player who knows the offense and has previously had success with the team, at a very low cost. They could very well add another veteran back. You can find those options here.