Eagles stay or go: Outside Linebackers 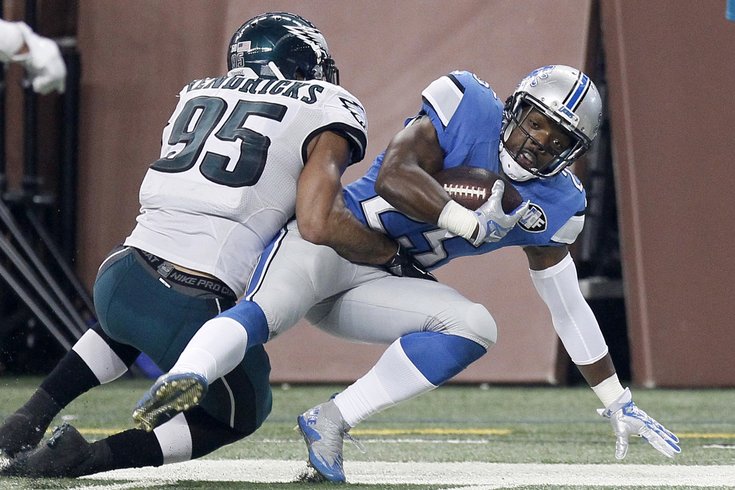 Mychal Kendricks' contract is not ideal, but he'll likely be back in 2017.

The 2016 Philadelphia Eagles season is essentially over, so with one game remaining, we'll continue to look ahead to the offseason. As a starting point, let's take a look at each position and figure out which players will be back in 2017. Today we'll look at the outside linebackers.

On the field, I think the Eagles got what they were hoping for when they signed Bradham as a free agent. Off the field, Bradham needs to stop being a "dumbass."

Kendricks is the third linebacker in the Eagles' pecking order, behind Jordan Hicks and Nigel Bradham, who have both played far more snaps so far this season.

Kendricks is not worth the $6,600,000 he'll count against the cap in 2017, however, the Eagles would only save $1,800,000 of that if they cut or traded him. While Kendricks has been brutally bad at times, he has flashed his athletic ability at other times. Unfortunately for Kendricks, Jim Schwartz has been unable to find creative ways to use Kendricks to the best of his abilities. For example, in my view, Kendricks' best trait as a linebacker is his blitzing ability, and he has rushed the passer a grand total of nine times this season, according to ProFootballFocus.

The $1,800,000 savings the Eagles would receive would not be worth cutting him, but if some team out there were intrigued by Kendricks' potential, a mid- to late-round pick might convince the Eagles to trade him.

The Eagles have two outside linebackers who are special teams contributors only. They would be Grugier-Hill and Najee Goode. The Eagles were fortunate to have healthy linebackers this season, or their lack of depth there may have been exposed. This offseason, they are likely to try to add depth there. That means that Grugier-Hill and Goode have tenuous holds on their roster spots, although at least Grugier-Hill has age on his side, as he is 22, while Goode is 27.

Goode is a free agent this offseason. If he is willing to sign a one-year minimum veteran non-guaranteed contract, I'm sure the Eagles would love to have him in training camp. Otherwise, Goode will probably go.

And yes, for the record, I realize there's probably more green than you'd expect from a 6-9 team.