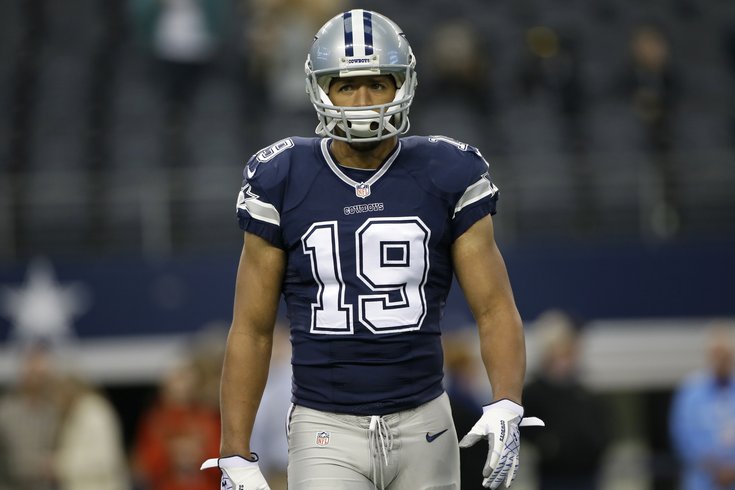 Update: It appears it's a done deal.

According to Ian Rapoport of NFL.com, the Eagles are expected to sign former Cowboys and Browns wide receiver Miles Austin, pending a successful physical.

The #Eagles will sign WR Miles Austin when he visits this week, source said, assuming all goes well with the physical.

How Austin fits in with the Eagles is somewhat perplexing.

On the one hand, the Eagles need depth at WR. After losing Jeremy Maclin to the Chiefs in free agency and Brad Smith remaining unsigned, the Eagles only have five wide receivers currently on their roster: Jordan Matthews, Riley Cooper, Josh Huff, and practice squad players Will Murphy and Quron Pratt. (Jeff Maehl is an exclusive rights free agent).

On the other hand, Austin hasn't played special teams since 2009. You're playing special teams if you're a #4 or #5 receiver in the NFL, especially for a coach in Chip Kelly who puts such a heavy emphasis on special teams. Could the Eagles see Austin as a replacement for Riley Cooper? Or perhaps even a starting option opposite Cooper? If so... Bleh.

The Eagles have made a habit this offseason of signing players with a history of being injury prone, and Austin is a charter member of the Hamstring Hall of Fame. Perhaps Chip Kelly is betting that his sports science initiatives can help his oft-injured newcomers.

WR Miles Austin and the #Eagles have agreed on a one-year deal worth $2.3M base with another $700K available in incentives, source said.