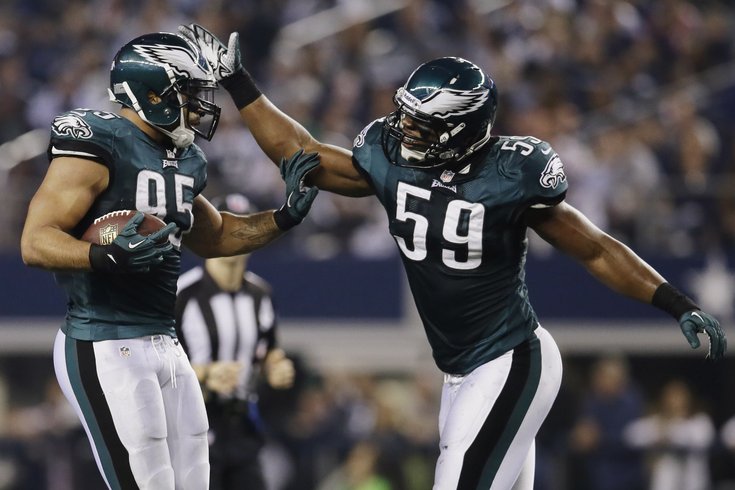 DeMeco Ryans will remain an Eagle in 2015. Will Mychal Kendricks?

The Eagles announced Monday that they signed ILB DeMeco Ryans to a one-year contract extension that will keep him in Philadelphia through the 2016 season. Ryans was lost for the season in 2014 after he suffered a torn Achilles against his former team, the Houston Texans.

Ryans is perhaps the most respected player in the Eagles' locker room, and a player that Chip Kelly referred to as "Mufasa," from the Lion King:

We had previously identified Ryans as a potential cap casualty earlier this offseason, as Ryans was scheduled to count for $6.9 million against the 2015 cap, the entirety of which they could save if they released him. Clearly, the Eagles must think Ryans' recovery from his injury last year is going well.

The Eagles now have a logjam of starting-quality inside linebackers. They traded LeSean McCoy for ILB Kiko Alonso, and still have emerging playmaker Mychal Kendricks on the roster. Ryans' extension could signal that the Eagles are going to try to move Kendricks in a trade.

Does the fan base value Kendricks more than the Eagles' front office?