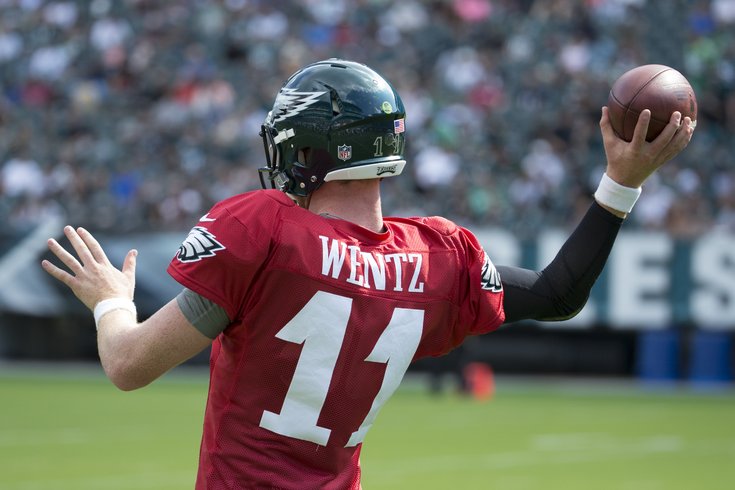 Through the first two weeks of training camp, many times when Carson Wentz has been inaccurate, he is most commonly overthrowing his receivers, missing them high. Doug Pederson acknowledged as much following the day's practice.

"I agree," said Pederson, "and it's all mechanical. It's all about mechanics. It's mechanics, yes, and it's about decision making, processing the information, seeing what he's seeing relatively fast. And in this game, lanes are tight and just being able to get the ball out on time is going to affect how a quarterback throws."

Wentz's ability is there, but there's a big difference between being in your first training camp as a rookie and heading into your seventh season in the league, like Sam Bradford.

• Bradford has easily been the most consistently accurate quarterback of the three, and it's not just about putting footballs on receivers. It's about placing the ball in a spot that gives the receiver the best chance to do something with it after the catch. Or it's about fitting a throw in to a receiver who is otherwise well covered.

For example, Bradford hit Darren Sproles on a drag route over the middle while being covered by Jordan Hicks. Sproles was reasonably well covered, but Bradford put the low and out in front of Sproles smaller body. Hicks would had to have interfered with Sproles to have a prayer of knocking it away. A visual: 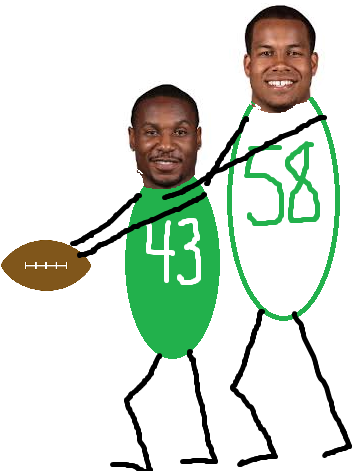 Bradford has completed these types of throws more consistently than the other two quarterbacks all throughout camp. That said, he showed good accuracy during camp a year ago before there was a threat of being hit in real games.

• Nolan Carroll had an active day. On one deep ball down the sideline, Carroll had excellent position on his man, and he purposely tried to tip the ball to safety Chris Maragos, who could not make the play. This is something Carroll has done in the past. Against the Ravens in the preseason last year, he tipped a deep ball to Walter Thurmond who intercepted the pass.

On another play, Carroll laid out undrafted wide receiver Paul Turner, who was able to pop right back up.

• Speaking of Turner, there may not be a receiver in camp who has made more catches, and that includes Jordan Matthews. I'm interested to see (A) what team Turner plays with in the preseason games (as in with the two's or three's, for example), and (B) if he can continue his high level of play when they put on the shiny pants.

• Chris Givens was twice able to get separation down the sideline, only to have the ball ripped out after making the catch on the way to the ground. Speed is great and all, but you have to finish.

• Nelson Agholor has a similar moment on a deep ball, when he got a good two yards of separation but juggled the ball two or three times before bringing it in. He made the catch and went in for the score, drawing applause from the fans. NO! No applause! You juggle the ball in real games and safety is going to come over and jack you up.

• Denzel Rice had a nice hustle play, chasing down RB Byron Marshall from behind well after the play was over and punching the ball out. (Players are taught to continue on with the play to try to knock the ball out). Forcing fumbles is a nice part of Rice's game, after having observing him in two camps. He's always looking to separate the ball from ball carriers.