Report: Eagles are in 'heavy negotiations' with LB Stephen Tulloch 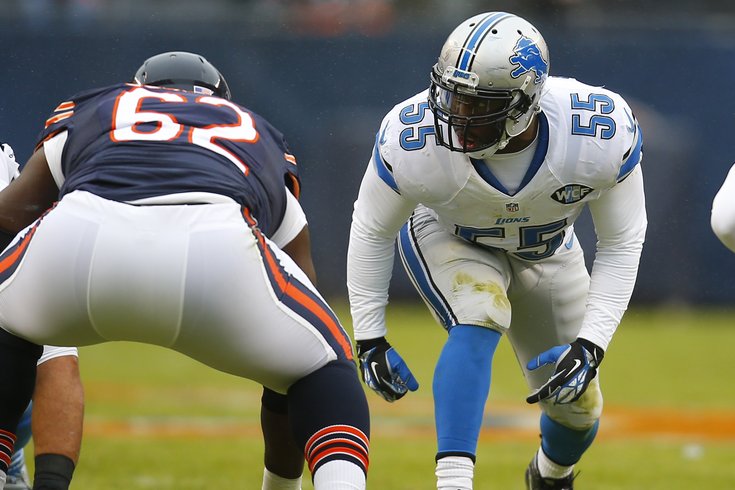 Jim Schwartz may soon be recruiting another old friend.

According to a report from Adam Schefter of ESPN, the Philadelphia Eagles are in "heavy negotiations" to add LB Stephen Tulloch to their linebacking corps.

Eagles and former Lions' LB Stephen Tulloch now in "heavy negotiations", per source. Eagles could soon have a new linebacker.

The Eagles' linebacker depth is very thin behind the starting group of Nigel Bradham, Jordan Hicks, and Mychal Kendricks, along with primary backup Najee Goode.

Tulloch, 31, isn't an impact player by any stretch, as he has just five interceptions and two forced fumbles over a 10-year career. However, he has been a solid player with the Lions, topping at least 100 tackles in every season he finished in Detroit. The book on Tulloch is that he's still a good player against the run, but can be a liability at this stage of his career in coverage. As a low-cost band aid, Tulloch could help the Eagles get through this season as a competent rotational player, and not force the likes of seventh-round rookie Joe Walker or one of the Eagles' undrafted free agents onto the field prematurely.

Tulloch previously played for Schwartz with the Tennessee Titans for three years, and then again for another three years in Detroit. This offseason, the Eagles signed three of Schwartz's former players when he was the defensive coordinator with the Buffalo Bills. They were CB Leodis McKelvin, CB Ron Brooks, and LB Nigel Bradham. Not only did the Eagles bring them in, but Schwartz has all three running primarily with the first team defense.