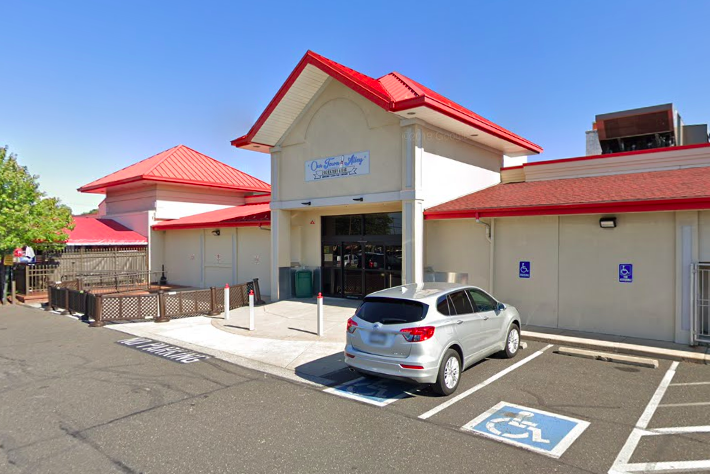 One man was killed and four others were injured in a shooting at Our Town Alley in East Norriton, Montgomery County on Saturday. Authorities have since charged 17-year-old Jamel Barnwell, of Upper Darby, and 20-year-old Raymir Johnson, for their alleged roles in the incident.

Montgomery County prosecutors have filed charges against a second person they say was involved in Saturday's shooting at Our Town Alley, which left a 29-year-old man dead and four others wounded.

Raymir Johnson, 20, of Lansdowne, was charged Friday with hindering apprehension and prosecution for his alleged role in helping Jamel Barnwell, the alleged gunman, evade authorities after the incident.

Barnwell, 17, of Upper Darby, was charged Monday with homicide and related charges. He is accused of firing at least 15 shots at the bowling alley, located on the 2900 block of Swede Street in East Norriton.

Frank Wade, 29, of Philadelphia, was killed during the shooting. Four others — Yahnirr Brooks, 21, Shamir Jones, 31, Robert Oliver, 26, and Ahmir Simmons, 19 — were injured. All of the victims are related and were bowling together when the incident occurred around 6:45 p.m.

During an interview with detectives earlier this week, Johnson allegedly told authorities that he, Barnwell and a third man nicknamed "Ghost" had gone to Our Town Alley to bowl.

Once inside, "Ghost" allegedly had a verbal altercation with one of the men who was later shot, investigators said. Authorities believe "Ghost" had a prior acquaintance with this victim, who punched "Ghost" in the face, according to a criminal complaint. After the punch was thrown, Barnwell allegedly shouted, "Get down!" and Johnson heard multiple gunshots.

Johnson said he could not confirm the identity of "Ghost" when detectives provided the name of a suspect, authorities said. Johnson also said he did not know who had fired shots at the bowling alley and that he got up and ran to the exit when the gunshots ceased.

A search of Johnson's phone allegedly revealed photos of Barnwell carrying a handgun with an extended magazine, similar to the one used in the shooting. Another photograph allegedly showed Johnson holding what appeared to be the same handgun.

Johnson claimed that the group did not talk about the shooting while traveling in the car afterward.

In a separate interview with detectives, Johnson's mother said she was aware that her son was out with Barnwell that night and knew of the third person only as "Ghost," telling investigators she did not like "Ghost."

In the criminal affidavit, authorities identified a person they believe to be "Ghost," but it's unclear whether charges are being sought against him at this time.

Johnson, who was arraigned and unable to make bail, is being held at the Montgomery County Correctional Facility ahead of a hearing scheduled for March 8.