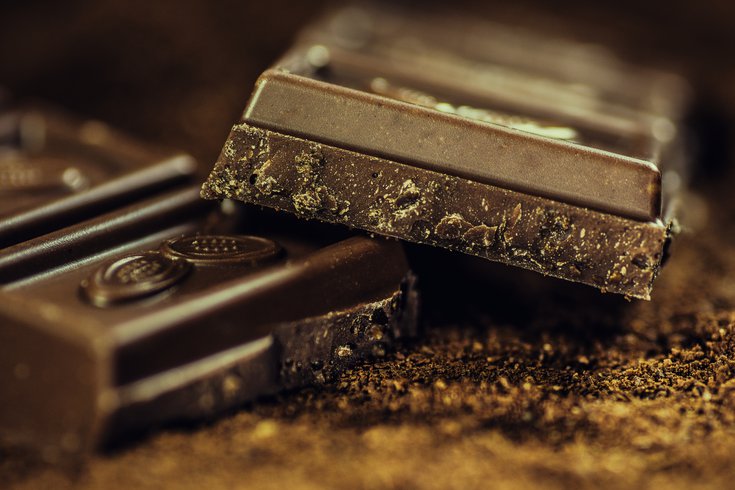 Easter Sunday is over and the weather is starting to warm up, which means you'd better get to work on that chocolate bunny or at least store it properly. You don't want to find this expression staring at you next week.

But if the Easter holiday hasn't quite satisfied your sweet tooth, a trip to West Chester's Éclat Chocolate may do the trick.

Food & Wine has put together a list of the 50 finest chocolate makers and chocolate shops across the United States, reserving a spot for the Chester County business.

Éclat Chocolate was established in 2005 by chocolate maker Christopher Curtin, who traveled the world in order to hone his craft. A Wisconsin native, Curtin trained at the House of les Compagnons du Duvoir in Paris and later became the first American to receive the honor of German master pastry chef and chocolatier. His influences and techniques draw on chocolate-making traditions from Belgium, Switzerland, Japan, France and Germany — but also more local inspirations.

Here's what Food & Wine had to say:

Some of the country's most intricate bonbons—caramels infused with calvados, truffles made with rare, Peruvian Nacional cacao—can be found at the masterful Christopher Curtin's workshop west of Philadelphia, but don't miss the crowd-pleasing bars, milk or dark, filled with crunchy Pennsylvania Dutch-style pretzels made in nearby Lancaster County.

Éclat Chocolate became well-known in the U.S. and beyond after Curtin traveled with the late Anthony Bourdain to Peru for an episode of "Parts Unknown." In partnership with Bourdain and chef Eric Ripert, Éclat Chocolate created the Good & Evil bar in 2012. The company also has teamed up with Jose Garces and Victory Brewing in the past, pushing the limits of flavor in their chocolate collaborations.

In addition to a variety of truffles, caramels, mendiants and mondiants, Éclat Chocolate sells its own caramel sauce and offers several in-house bars, including the flavorful Parallel Bar with mixes like coffee and cardamom, porcini and thyme, and green tea and roasted rice.

Éclat Chocolate was recently featured in WHYY's "Moves and Makers" series, where Curtin discusses his relationship with Longwood Gardens and how he's able to responsibly source his ingredients from around the world.

Located at 24 S. High St. in West Chester, Éclat Chocolate is open Monday thru Friday from 10 a.m. to 6 p.m. and Saturdays from 10 a.m. to 4 p.m. Products also can be purchased online.