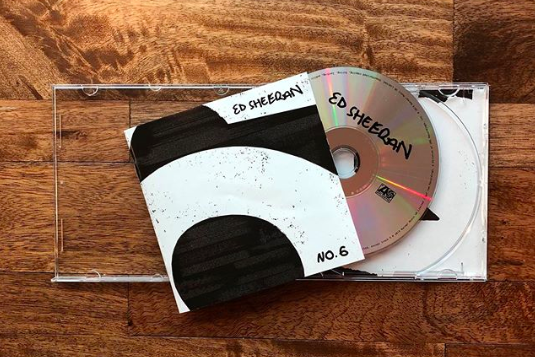 Ed Sheeran released "No. 6 Collaborations Project" on Friday, featuring artists like Meek Mill. Sheeran is opening a pop-up shop on Friday only in Philadelphia to sell merchandise for the album.

Ed Sheeran's newly-released and highly anticipated "No. 6 Collaborations Project" dropped on Friday and is proving to be another triumph for collaborating artists.

The album, comprised of 15 songs that all feature both Sheeran and other high-profile entertainers, is genre- and style-bending. "BLOW" with Chris Stapleton and Bruno Mars is, predictably, a far cry from "Antisocial" with Travis Scott.

Side note: Meek and Future just dropped a song together called "100 Shooters" and then announced an entire tour together called Legendary Nights. It starts on Aug. 28 in St. Louis and ends in October. Looks like he'll be in Philly on Sept. 13.

As part of the "No. 6 Collaboration" release, Sheeran is also opening up pop-up shops across the U.S. — including one in Philadelphia. The shops are one day only, from 3:06 p.m. to 9:06 p.m. and will sell merchandise all relating to the album.

Pop up stores have just been added in the US today for #no6collaborationsproject. Swipe left to see the locations for all the stores around the world. All info at edsheeran.com/popups

He's already released a couple of music videos from the project, too. On Friday, Scott and Sheeran released a video for "Antisocial."