As ONE makes its American TV debut, Philly's Eddie Alvarez has sights set on history

Wednesday night's card on TNT will be ONE Championship's first live primetime event on U.S. television. 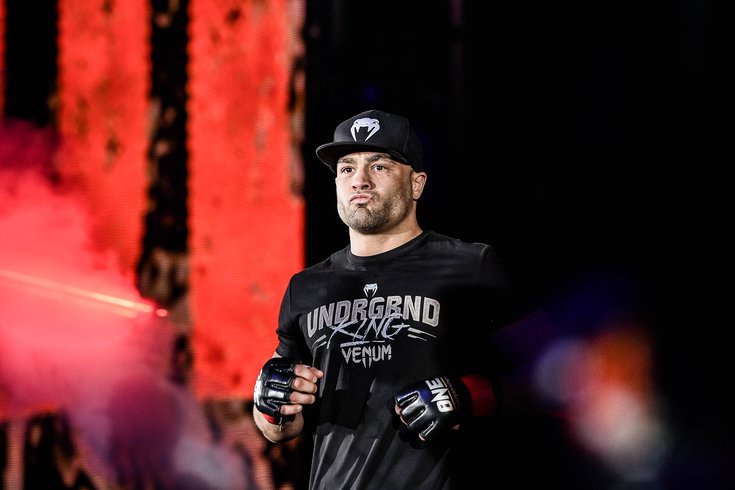 Philly's Eddie Alvarez will fight on TNT at 10 p.m. on Wednesday night.

Right now, after reaching the highest level in both the UFC and previously in Bellator, 37-year-old Eddie Alvarez has but one goal: to win his third belt with his new promotion, ONE Championship, and become the first mixed martial artist to have held the title in all three.

OK, two goals — that, and bringing his new outfit to Philadelphia, something the Kensington native has been trying to work out since his days at UFC. Unfortunately, he left UFC for ONE shortly before Dana White and UFC announced that they would be returning to the City of Brotherly Love for the first time in nearly a decade. And with Alvarez fighting that very night in Asia and fellow local lightweight Paul Felder injured and unable to take part, the UFC Fight Night in Philly back in 2019 certainly felt like it was missing something.

Meanwhile, Alvarez was continuing to fight for ONE, Asia's biggest MMA company, all the while knowing that although no ONE event had yet taken place in the U.S. there was still a chance he would once again fight on his home turf.

That's because for the last several years, ONE Championship CEO Chatri Sityodtong has been trying to break into the American market, which can prove difficult given the time difference and the lack of well-known American fighters, the kind that would attract a U.S.-based audience looking for an alternative to UFC (although Chatri would tell you that ONE events are so much more entertaining that the names hardly matter).

So what did ONE do? They went out and signed two former UFC champs in Alvarez and Demetrious Johnson in order to give their organization, which already boasted some of the biggest names in Asian MMA, more name recognition in the States.

On Wednesday night, Alvarez and Johnson will each fight as part of the co-main event when ONE makes it American primetime debut at 10 p.m. on TNT, the first step in the company's eventual plans of hosting cards in the U.S.

"This is everything I envisioned when I joined ONE Championship," the former UFC lightweight champ told PhillyVoice. "Yes, I want to go to Asia — I have a lot of Asian fans — and I want to fight for them. They were always great to fight for, especially in Japan and Tokyo, but the ultimate goal was to bring ONE Championship to the United States. We're in the first stages of that by first bringing a mainstream card to primetime television in the United States on TNT. That's the beginning of what I envisioned. First we get to the American audience in primetime, where it's good for them so they can see what's going on, and then we bring it here in person."

For Alvarez, Wednesday night's bout in Singapore will take "The Underground King" to his fifth country in his last five fights, but all he really wants is one fight at home.

While ONE has yet to bring an event to the US, that is definitely something that is in the plans. And Alvarez is doing everything he can to make sure that Chatri knows he wants that fight to take place in Philly. In fact, during a call earlier this year to promote ONE's primetime debut on TNT, Chatri was asked about possible events in the States and in his answer mentioned just one city by name — Philadelphia, with a wink and a nod directed toward Alvarez.

Now, after more than 18 months off, Alvarez will return to the octagon on Wednesday night to face Iuri Lapicus as ONE finally does what it first discussed publicly nearly two years ago — hosting a primetime fight on a major U.S. network.

And despite the layoff, Alvarez is ready to go.

"It's been a long, long time. I've been fighting 20 years, and I can't remember the last time [before the pandemic layoff] when I didn't have a promoter calling me for a fight or having that dragging in my head saying, 'Hey, the next fight's coming,'" said Alvarez, whose last fight ended in victory with a first-round submission of Eduard Folayang. "[The time off] was actually a relief, to be truly present and enjoy my family, do some cool things and just settle at home." 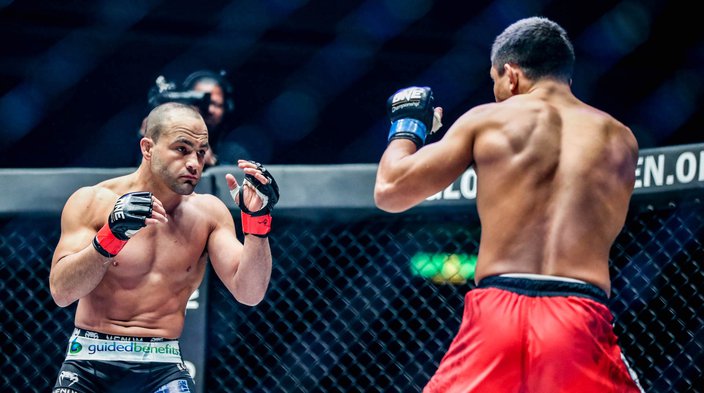 Eddie Alvarez in action during his last fight.

While Alvarez says, at his age, that the physical recovery has no doubt been huge, it's been the mental side of things where he's really felt the difference.

"I think it was more of a mental thing," he added. "Because you can get into a groove of fighting, and you're just taking fights and you don't even know the purpose of them. There's just no purpose behind it. You're fighting just to fight. And when you don't feel like there's any purpose behind those fights, it's hard to get that emotional edge to stay motivated during a camp and things like that. So definitely, taking a step back and getting a chance to miss it again and be re-invigorated, it was definitely needed.

"Like I said, sometimes you're just fighting to fight, and that's never — that could be a recipe for something bad. Just finding my purpose again, finding my reason that I did fight, all the things that give me gratitude about it — I was able to kinda fill myself up with them again before I started my camp."

Alvarez has faced long layoffs before — once due to a lawsuit with Bellator and another while he recovered from a brain injury — and he says both times he came back better than when he left.

That could be bad news for his opponent.

Currently, Alvarez (30-7-0) is a -185 favorite against Lapicus (14-1-0) according to Bet MGM, but the former two-time champion isn't looking past this bout, as he knows his path to earning his third major belt — and some MMA history — begins with a win on Wednesday night.

"It would be a dream come true. I'm working for history now, I'm working for legacy," Alvarez said about the possibility of winning a third belt. "There isn't a lot in this sport that I haven't done that can excite me or get me emotional or riled up, but that's one of them. It would be a part of MMA history that is going to be very difficult to ever break. You'd have to be in the sport and be as crazy as I am and doing this for 20 years and seriously seek out the best guys in the world. That's not something a lot of people do.

"Right now, it's my main focus. It's what's driving me, to get that third title and make some history that possible won't be broken for a long, long, long, long time."

On Wednesday night, Alvarez, still looking to earn his ONE title shot, will try to take a major step in reaching that goal.