Effortless ways to pay it forward: from 6abc's Jeannette Reyes 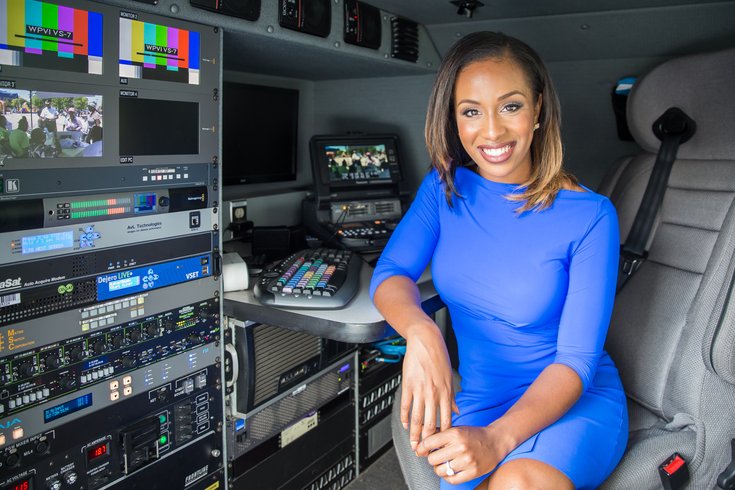 Before she became the freshest female face to step on the set at 6abc, Jeannette Reyes had a long ladder to climb.

Sure, as a general assignment reporter for Little Rock’s KATV, she ate raccoon for the raccoon festival in order to accurately report its gaminess to viewers. Then there was the Toad Suck festival (just Google it).

“We had to race frogs and I couldn’t be the reporter that didn’t do it. My frog lost,” she laughed.

As the newest general assignment reporter for the city’s number one television news station, Reyes is now handling hard-hitting news – stories much different from the ones she covered in Arkansas and later, Washington, D.C., the city that prepared her for Philadelphia. On in the early mornings, Reyes has a somewhat grueling sleep schedule. She typically arrives at the station at 3 a.m. and has her last live shot at noon. That makes for an average bedtime of 6 p.m.

“You have some crime. You have politics. You have a good mix of everything. I loved D.C. and I remember saying, ‘There’s not much that will take me from here.’ And then 6abc came up.”

Reyes and her husband would visit Philly occasionally, and eventually, the opportunity presented itself.

“I said to myself, ‘You gotta take it.’ I didn’t think twice about it.”

Although born and raised in Providence, R.I., Reyes’ parents are originally from the Dominican Republic. She and her husband, Robert Burton, recently visited the D.R. She admitted, “It’s really a different world.”

“We got to visit the village where my dad grew up. We spent one day at a resort, but I wanted to show [my husband] where my family is from – humble beginnings,” she said. 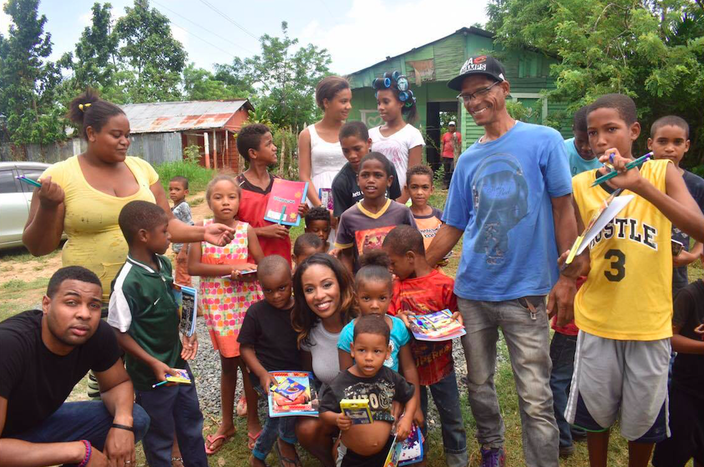 Courtesy of Jeannette Reyes /for PhillyVoice

Jeannette Reyes with her husband, Robert Burton, (far left) and the children of the village of San Isidro with their donated school supplies.

“I’ve always been really proud of my culture. Growing up, my parents would always make us speak Spanish in the house, and if we responded in English, they would not answer us. They wanted us to be fully bilingual – and they figured – they’ll learn English in school. At the time, we didn’t appreciate it, but now, I appreciate it more than ever.”

Reyes said she still watches a lot of Spanish television and only speaks to her mother in Spanish. Reyes' father was born and raised in the tiny village of San Isidro, D.R. Growing up, summer after summer, Reyes said she recalled traveling back to the D.R. and remembers her father handing out cash to the villagers of his hometown. She says he did it because they had virtually nothing.

Growing up, my parents would always make us speak Spanish in the house, and if we responded in English, they would not answer us."

Reyes' father passed away in 2011. During her most recent trip to that tiny village, this past summer, Reyes followed in her father's footsteps by embarking on a humanitarian effort of her own. She hand-delivered notebooks, coloring books, pens and pencils and other schools supplies to the children there.

“Their reaction was – these are kids that don’t have running water," she paused.

"They barely can afford shoes...clean clothes. It was like an early Christmas present. They specifically told us they need school supplies because they don’t have school supplies – they can’t afford it, so, we were happy to do that.”

This past month, Reyes got her team at 6abc to find a place for people who can give to do so. Readers and viewers of 6abc are now encouraged to give donations to San Isidro, Dominican Republic. The organization has a local chapter in New Jersey. Those interested can send their donations to: Misioneras del Sagrado Corazón Jesus, 109 Parker St. Newark, N.J. 07104. They would appreciate school supplies and/or gently used children's clothing.