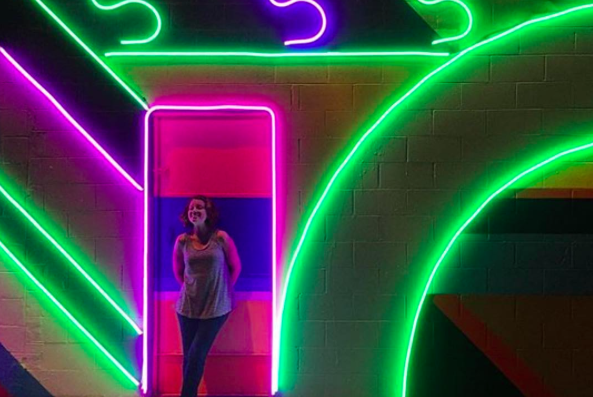 If you enjoy shiny things and South Philadelphia, this illuminated neon mural is calling for you to pay a visit.

According to Guinn's Instagram, the mural part of an ongoing "Percy Street Project" whose full details have yet to be revealed. Who knows? Maybe an entire block will be decked out in neon and someone not named Demi Lovato will come shoot a cool music video.

Guinn and Billiau, by the way, are both well-established artists in Philadelphia and far beyond.

Billiau, a lighting designer, has brightened the sets of "Cherokee" at Wilma Theater, "Hound of the Baskervilles" at Lantern Theater, and "Charlotte's Web" at Arden Theater. 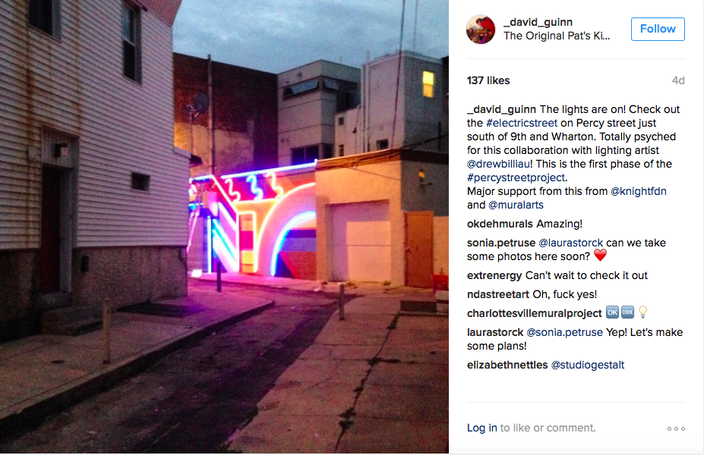