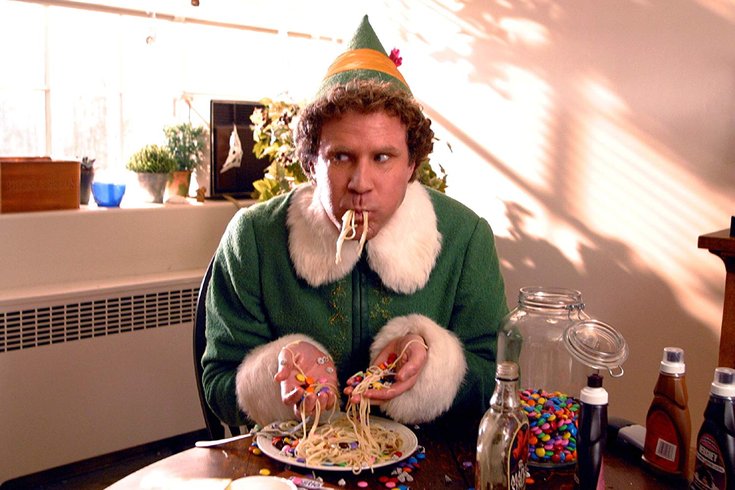 Fifteen years later, "Elf" is still a Christmas classic. That's right, the comedy starring Will Ferrell as Buddy the Elf is just shy of the legal driving age.

Nope, not sitting on a throne of lies. "Elf" premiered in 2003, the same year "Newlyweds: Nick and Jessica" entered our lives and "The Lizzie McGuire Movie" was released. I kid you not.

To celebrate the milestone anniversary, the Philadelphia Film Society is putting the movie back on the big screen.

Sunday, Dec. 9, there will be an 11 a.m. screening of "Elf" at the PFS Roxy Theater in Rittenhouse. Tickets for adults are $9. Children age 12 and younger can attend for $4.

In case you're a cotton-headed ninny muggins and have never seen the movie, or haven't watched it in years, here's a quick summary.

Buddy is a human adopted by elves who lives at the North Pole. Raised to believe he’s just a really big elf, Buddy eventually discovers his true identity. He then sets off for New York City to find his dad. The plot is ridiculous, uproarious and genuinely heartwarming.

Watch a hilarious clip from the movie below and start getting excited for the holidays.