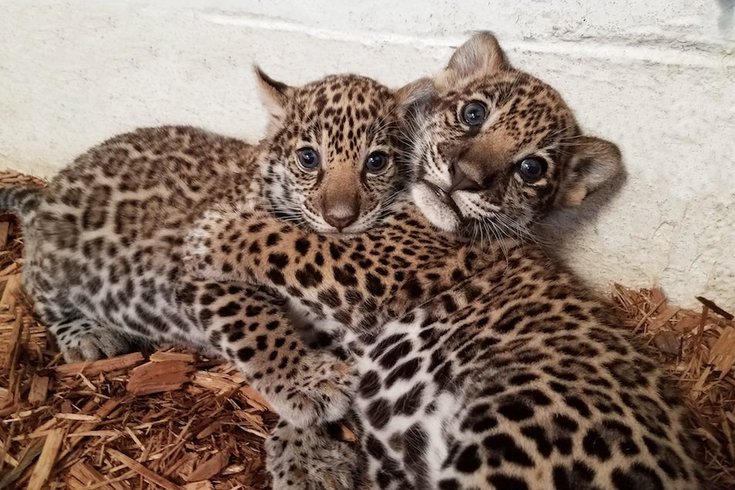 Elmwood Park Zoo has announced the names of its 3-month-old jaguar cubs.

Meet Luna, the female cub, and Diego, the male.

A zoo spokesperson announced the names in The Times Herald, saying that Luna and Diego were chosen from among thousands of suggestions sent in by the public. Those were then whittled down to four each and were voted on for a $1 donation per pick.

The other choices in the running for the female cub were Maya, Zara and Frida, while Pablo, Fuego and Cielo were the other options for the male.

In all, 1,341 votes were cast, and the zoo has pledged to match that amount, so the Northern Jaguar Project, an organization that maintains an animal sanctuary and seeks to protect jaguars from poaching and habitat destruction, should be receiving a $2,682 donation.

Luna and Diego were bred based on a recommendation by the Association of Zoos and Aquariums’ Species Survival Program, as jaguars are considered a near threatened species due to the continued loss of their natural habitat.

The public may be able to meet the pair as early as later this month, as a zoo spokesperson noted that a meet-and-greet is being planned in conjunction with the opening of the zoo's new Trail of the Jaguar, which is set to open to the public on May 5, with a zoo member sneak peek set for April 27.