The actress returns to host this Saturday 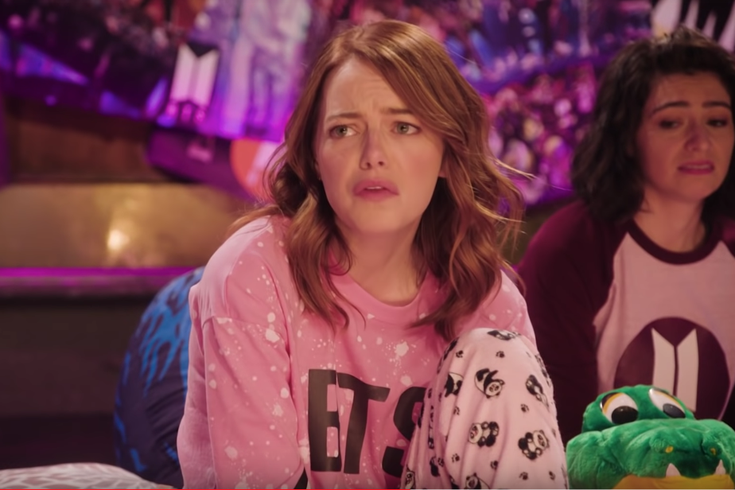 Stone hosts a sleepover with fellow BTS fangirls, Kate McKinnon, Ego Nwodim, Heidi Gardner, and Melissa Villaseñor. The girls put BTS posters on the wall and talk all things BTS. Things take a slightly "emotional" turn when they begin to discuss the meaning of picking a favorite boy band member.

“If you picked a favorite then inevitably the other ones would found out, and then they’d be hurt,” McKinnon cries.

Before the conversation could get too deep into boy band philosophy, Beck Bennet crashes the party like some annoying older brother who's ruining everything. "Ew, Beck!" Stone cries, "What are you doing here? Get out! No boys allowed!" He then tried to convince Stone that she was too busy to have a BTS sleepover, to which she replied, "Whatever, Beck! You friggin' host!"

This will be Emma Stone’s fourth time hosting the sketch comedy show. This will be BTS’s first appearance on the show. BTS released their second teaser trailer for “Boy With Luv,” a collaboration with Halsey on Wednesday. Their album, “Map of the Soul: Persona,” will be released this coming Friday, April 12.