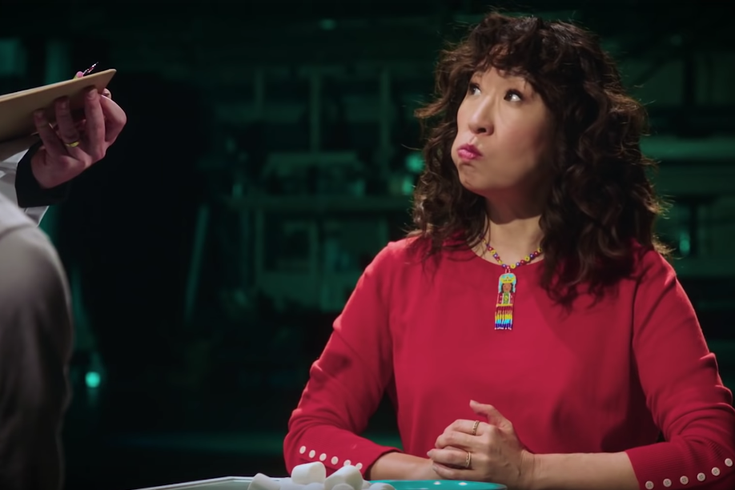 "Saturday Night Live" is back from hiatus this week, and they're returning with host Sandra Oh.

Oh, who successfully hosted the Golden Globes with Andy Samberg this year, is flexing her comedy muscles again ahead of her first "SNL" hosting gig on Saturday. After winning a Golden Globe for her dramatic performance in "Killing Eve" the actress is already showing off her comedic skills in the newest "SNL" promo, and as it turns out, Oh doesn't really know how to not eat marshmallows.

Beck Bennet is conducting an experiment to test the willpower of everyone at "SNL." With Mikey Day and Oh as his first subjects, Bennet begins to explain the instructions. But before he can finish, noting that "You can eat it at anytime, but whoever lasts longest will get a second--," Oh devours the marshmallow put in front of her.

After apologizing, Bennet comments that he didn't finish giving the rules so clearly it's understandable...except Oh then devours the second one before it even hits her plate. "Guess I just, um, love marshmallows or something," she says.

After trying to explain for the last time, she furiously grabs the last marshmallow out of Bennet's hand, and Day speaks up, "Can I ask a question? Sandra ate my marshmallow." A stoic Oh looks back at Day and says, "Shut it, narc."