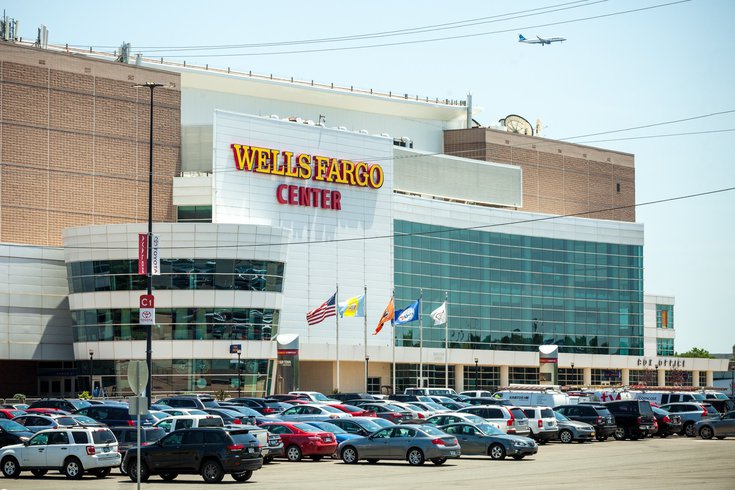 The end is near for the $300 million reconstruction of the Wells Fargo Center, a project five years in the making. Work will begin on a revamped club level, the area that contains the venue's skybox premium seating, after the Flyers and Sixers end their seasons.

Sixers and Flyers fans can rejoice, as the end is near for the $300 million reconstruction of the Wells Fargo Center, a project five years in the making.

The arena announced in a release on Wednesday that work will begin on a revamped club level, the area that contains the venue's skybox premium seating, after the Flyers and Sixers end their seasons.

The new club level, which will be debuted in fall 2022, is the last spectator-facing segment of the construction project.

“We spared no expense and pored over every detail to ensure the new club level is not only an ideal place for businesses to host their top clients, but also a great option for gathering friends, families and groups," said Mike Shane, the arena's chief business officer.

Through a new celebrity chef program, the arena will offer gourmet menu options curated by Philly area food and drink experts. That's in addition to several bars on the club level where fans will be able to wet their whistles.

Additionally, the premium parking lot will be relocated so that it's immediately adjacent to the redesigned premium seating entrance, which should make it easier for club level ticket holders to enter and exit the venue.

Once the new club level is complete, work will be focused on the event level. New team locker rooms and performer amenities will be built and the area will make improvements to the building's exterior.

Renovations on the Wells Fargo Center began in 2016 when it was preparing to host the Democratic National Convention.

Work on the mezzanine level, which holds 40% of the venue's spectators, was completed in 2018 and included new food options, 150 LED screens and a redesigned concourse layout which provides views of the skyline.

The arena installed the first-ever center-hung 4K kinetic scoreboard in 2019. The 90,000 pound behemoth is bigger than any other scoreboard in either the NBA or the NHL.

Plans to renovate the club level were first announced in March 2020, mere days before the COVID-19 shutdown began.

Those interested in learning more about the new club level can check out this link or call (215) 389-9500 to schedule a tour.