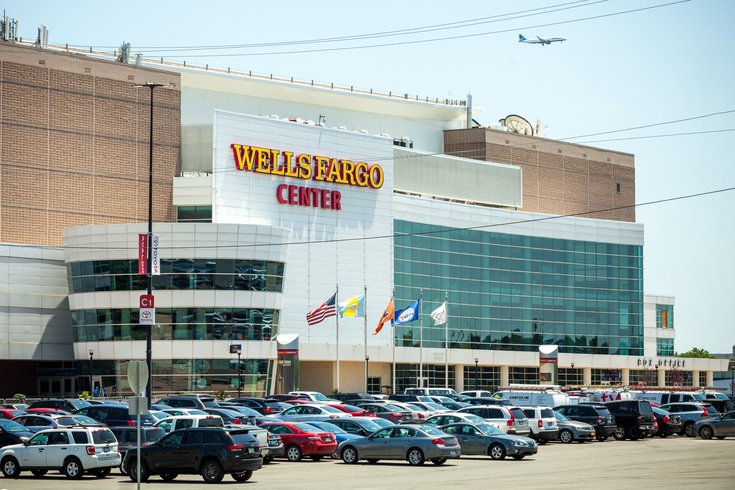 The long-anticipated overhaul of the Wells Fargo Center's Club Level is finally underway this month as the arena officially resumed its $300 million, multi-year renovation project.

Nearly $100 million in upgrades are left to complete, the arena said Monday, after the project was put on hold for 16 months due to the COVID-19 pandemic. That accounts for about a third of the project, most of which will focus on the arena's Club Level and exterior.

Upgraded seating is being installed in the Club Level this summer. The installation is expected to be completed by the fall, when full-capacity concerts are scheduled to return to the Wells Fargo Center for the first time since the onset of the public health crisis. Not long after that, the Sixers and Flyers will both be back in action in South Philly.

Additional enhancements such as new food and beverage options in the Club Level, upgrades to the building's exterior and remodeled entrances will begin next summer, according to the arena.

"The Wells Fargo Center is a pillar of our city, both culturally and economically, and this Transformation project will ensure that it remains Philadelphia’s home for hockey, basketball, lacrosse, concerts and events for decades to come," President of Business Operations Valerie Camillo said.

Once completed, the open-floor concept for the revamped Club Level will accommodate roughly 1,500 fans and cover more than 13,000 square feet of space. The upgraded Club Level will consist of three unique seating options, including two specialty options known as Club Premier and Club Loge, high-end amenities and upscale dining.

Recent renovations to the Wells Fargo Center first began in 2016 with a remodeling of the arena's Suite Level as it prepared to host the 2016 Democratic National Convention. Approximately two-thirds of the project has already been completed.

The Mezzanine Level, which accommodates roughly 40% of the arena's total capacity, was renovated in 2018. The renovation included new and expanded food and beverage options, concourse layouts with views of the Philly skyline and over 150 new LED screens.

The world's first-ever center-hung 4K kinetic scoreboard debuted at the Wells Fargo Center in the fall of 2019. Weighing 90,000 pounds, the new scoreboard is 65% larger than the previous display and is bigger than any other scoreboard situated within an arena that hosts both NBA and NHL games.

A new and improved Center City Club, a fan venue featuring two 50-foot bars and 700 square feet of LED screens, opened in the fall of 2019, too.

The New City Terrace was added to the arena's upper level. It features a number of amenities for fans, including the Assembly Room, BetRivers.com Sports Lounge, Revolutionary Row, Liberty Lofts and the Disassembly Room.

Other enhancements have included 8,000 new seats within the lower bowl and a redesigned main concourse.

Owned by Comcast Spectacor, the Wells Fargo Center became the first such venue in Pennsylvania to earn the WELL Health-Safety Rating for Facility Operations and Management in February. The arena made an $11 million investment into upgrading its HVAC system, adding a filtration system that completely replaces all the air in the seating bowl every 30 minutes.