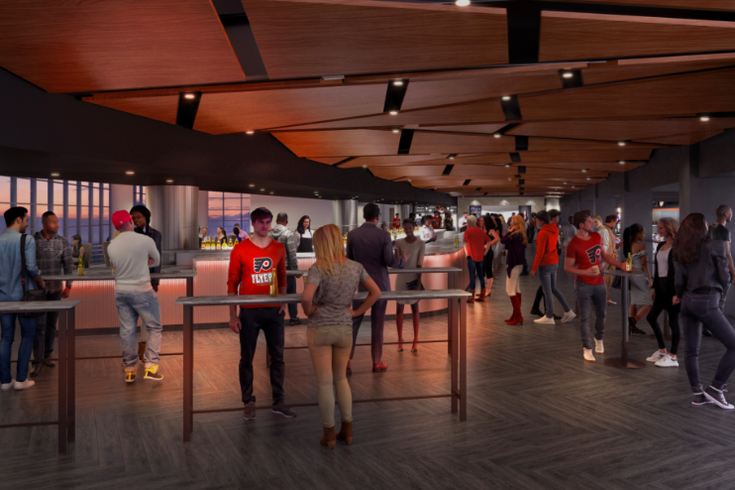 During the summer of 2020, the Wells Fargo Center will renovate the arena's Club Level to create an open-floor concept and two new premium seating options. The space will feature upscale dining, a wine cellar and a taproom.

The Wells Fargo Center has unveiled plans to overhaul the arena's Club Level into an all-new space with revamped amenities and a section with an open-floor concept, Comcast Spectacor announced Monday.

During the summer of 2020, renovations will be made to recreate the Club Level into a space with three unique seating options, including two specialty options known as Club Premier and Club Loge. The new area will accommodate approximately 1,500 fans.

The open-concept layout of the new Club Level will cover more than 13,000 square feet of open space, with high-end amenities and upscale dining options.

Premium seats in the Club Level will be accessed through a VIP entrance on the west side of the arena, where guests will be greeted in a lounge with a bar, communal seating and fireplaces. Those who drive to the game will have a premium lot available adjacent to the VIP entrance.

New dining options will draw from Philadelphia's culinary scene, including a Celebrity Chef Program that brings in curated cuisine from across the city.

“Philadelphia has put itself on the map as a marquee destination for craft food and cocktails,” said Valerie Camillo, president of business operations at Comcast Spectacor. “Instituting a refined, local culinary program to the Club Level is an exciting way for fans to enjoy the best of both the booming food culture in the city and the appeals of Wells Fargo Center sports and entertainment.” 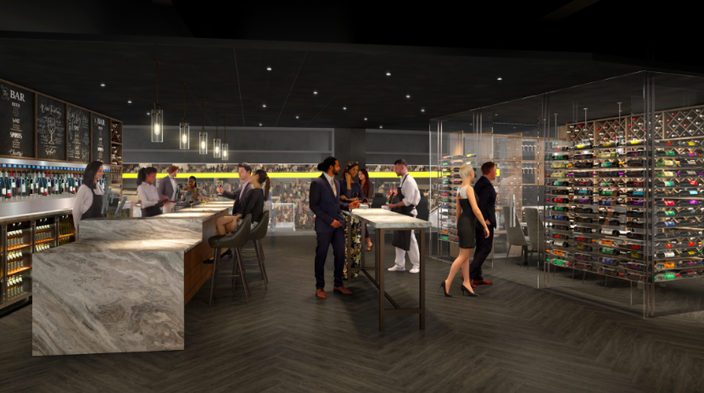 Source/Comcast Spectacor
In addition to new dining options, the Club Level will include several bars, including a vaulted wine cellar, a whisky/bourbon bar and a taproom.


The Club Premier seating option adds four rows that extend from the original seating layout towards the arena floor. In-seat service will allow ticket holders to order from the amenities in the Club Level as well as other arena favorites such as Shake Shack, Lorenzo's Pizza and Federal Donuts. 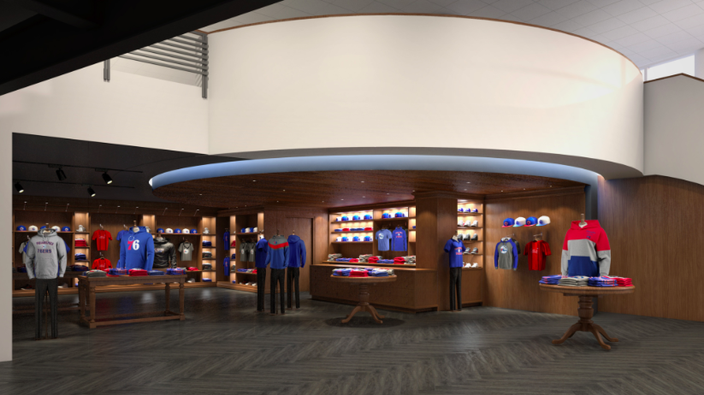 Source/Comcast Spectacor
Club Loge, a first of its kind in the Philadelphia market, offers a semi-private seating space with four Captain’s Chair Ultra Comfort seats crafted with Spanish leather. The seats will be 23 rows from the arena floor, with a private drink rail and dedicated TVs that double as in-seat service touchscreens. 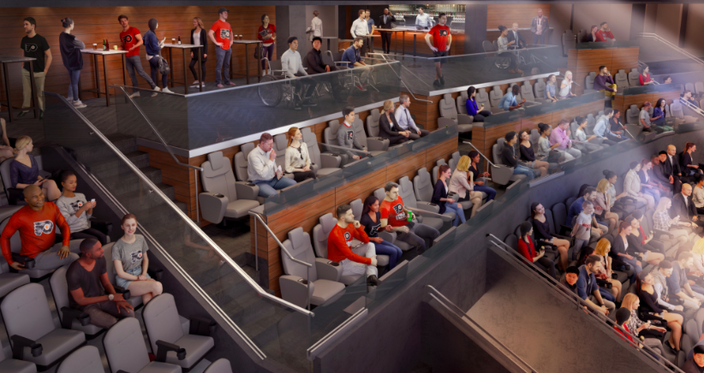