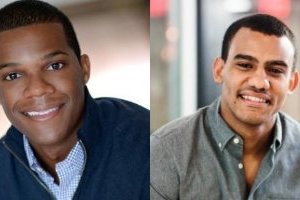 Read More
Two entrepreneurs are trying to help corporations find minority candidates.
Porter Braswell and Ryan Williams, both African-Americans, got the idea for a new company after landing jobs at Goldman Sachs. Williams graduated from the University of Pennsylvania. According to Forbes, their journeys in the corporate hiring process led them to believe that the system was flawed:

“What we noticed about the recruitment process was that companies really relied heavily on their current employees and interns to draw on their minority networks and bring others into the company,” says Braswell. “That’s really ad hoc and ineffective, mainly because it doesn’t build your pipeline.”

So, they left and founded Jopwell in August 2014. Their Manhattan company helps corporations build permanent pipelines to qualified minority candidates. Conversely, it allows minority candidates to build profiles and search for positions in their industry of choice.

Companies pay to use the service. When their recruiters visit college campuses, they can search Jopwell's database for potential employees. The company, which has raised $500,000 in funding and is looking for around $2 million in capital, has several pricing options for companies looking to use their services.

"Our pricing structure works in a couple ways," Williams said, "The first is via annual subscription fees, which vary by company, while some other companies pay us a percentage fee (typically 10 to 15%) of the base year salary per hire."

Jopwell also has started a campaign entitled "Let Them See Us," where you can pledge your support to bring attention to a lack of diversity in hiring.

This article has been corrected to properly explain Jopwell's pricing structure.