'We do not believe in hatred, inequality or violence,' Fishtown brewery says 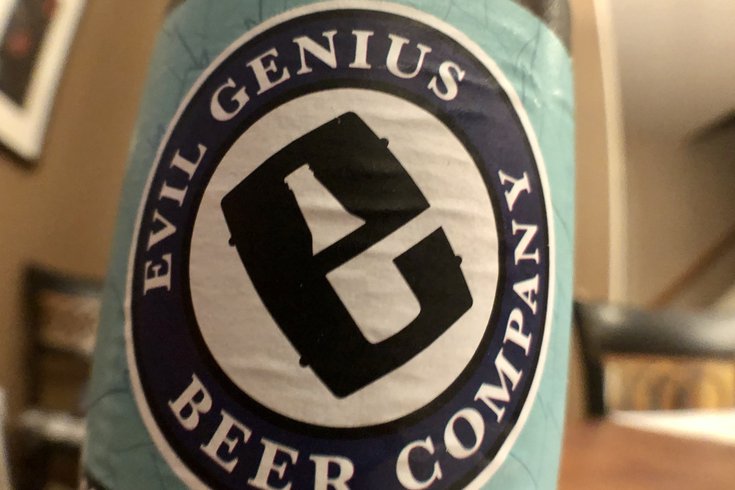 "Violence is the only message thugs are able to hear," the since-deleted post read, according to a sceencapture published by Breweries in Pennsylvania on Monday. "If they could listen to reason, they wouldn't become cops. Destroy all systems of control. All cops are bastards. It has been this way for as long as any of us can remember. The time for change is now. This is our country, let's take control of it. By any means necessary."

Breweries in Pennsylvania previously identified the brewer as Jon Defibaugh in a feature piece published April 30, 2019. Evil Genius started in 2011, and Defibaugh had been head brewers since at least 2017.

The post reportedly was accompanied by photos of Defibaugh giving the middle finger and wearing a shirt with the acronym "A.C.A.B," which stands for "All Cops Are Bastards."

After restoring its accounts, Evil Genius posted an open letter on Monday acknowledging Defibaugh had been fired for a post that the brewery said ran contrary to the brewery's values.

Open Letter: We have learned that a now-former employee has made a public statement on social media that we found offensive and that was contrary to our core values and beliefs. We do not believe in hatred, inequality or violence. That person has been swiftly terminated and immediately removed from their position. We firmly believe in everyone's right to be treated equally and fairly; everyone's right to not live in fear; and everyone's right to peacefully pursue their own happiness. Those values are paramount to our business. We will not stand by and allow anyone who acts contrary to our values to publicly represent our brand - not now and not ever. This is a very difficult time for our city and nation - and we hope everyone finds time for their own reflection. We hope you all stay safe and healthy. We appreciate your support of our company and our values. Sincerely, Luke and Trevor

Defibaugh took to Instagram to apologize, saying that "things are being said online that are born out of anger and frustration, not born of beliefs."

"We've all said things out of anger that we didn't truly mean, I hope everyone can understand where I'm coming from, and maybe share this post," he wrote. "I don't condone violence in any way, I was just merely expressing my thoughts on an unjust system. Violence is why we're in the situation we are today, and more violence is only making it worse."

Evil Genius posted a second letter Wednesday sharing the company's views on the civil unrest sparked by the killing of George Floyd.

"All of us at Evil Genius are deeply saddened by the horrible injustices that have plagued our communities for years, and it is time for a change," the brewery wrote. "We also believe in peaceful protests and non-violence as a way to see actual change happen.

"While we want everyone, our employees included, to have the ability to voice their own opinions and values, we do not now and will not ever support violence in any way, shape, or form.⁣"

We've talked with some of you since Sunday and read the thoughts of many others. We owe you more about what we believe in as individuals and where we stand as a business. ⁣ ⁣ All of us at Evil Genius are deeply saddened by the horrible injustices that have plagued our communities for years, and it is time for a change. We also believe in peaceful protests and non-violence as a way to see actual change happen. ⁣ ⁣ The Employee Who Was Let Go⁣ ⁣ Evil Genius took action to fire an employee on Monday because an employee promoted violence in a social post. You can see the former employees post here - https://www.breweriesinpa.com ⁣ ⁣ While we want everyone, our employees included, to have the ability to voice their own opinions and values, we do not now and will not ever support violence in any way, shape, or form.⁣ The firing was an employment decision based on his violation of our company policies and values against violence, plain and simple. In fairness to the employee, he later apologized on social media for the comments and acknowledged that violence is wrong. ⁣ ⁣ What We Believe ⁣ ⁣ We were silent on this issue for too long and now it is time for us to do our part. We are listening and we are learning.⁣ We will work hard to use our voice and position to support those who feel unheard in our community and beyond. We want to continue to listen and educate ourselves. We want to continue to have tough conversations. We want change. ⁣ We strongly believe that black lives matter, and we support the Black Lives Matter movement, and the millions of people around the country speaking up for justice and accountability, and using peaceful protests to achieve these goals.⁣ ⁣ Our Actions ⁣ We have made donations to the following organizations which support our belief system and echo our message for peaceful change. We encourage you to do the same⁣ ⁣ https://www.gofundme.com/f/georgefloyd⁣ ⁣ https://thekingcenter.org⁣ ⁣ Thanks for allowing us to be part of your community. And thanks for reading.

Floyd, a black man, died in the custody of Minneapolis police. Video of his death shows officer Derek Chauvin kneeling on Floyd's neck for nearly nine minutes as three other officers stood by. All four officers have since been fired. Chauvin has been charged with second-degree murder; the others have been charged with aiding and abetting murder.

Floyd's death has sparked days of demonstrations in Philadelphia and other cities, with protesters demanding an end to systemic racism and police brutality.