In letter, owners of the gourmet retailer say their decision was 'insensitive' to employees and the community 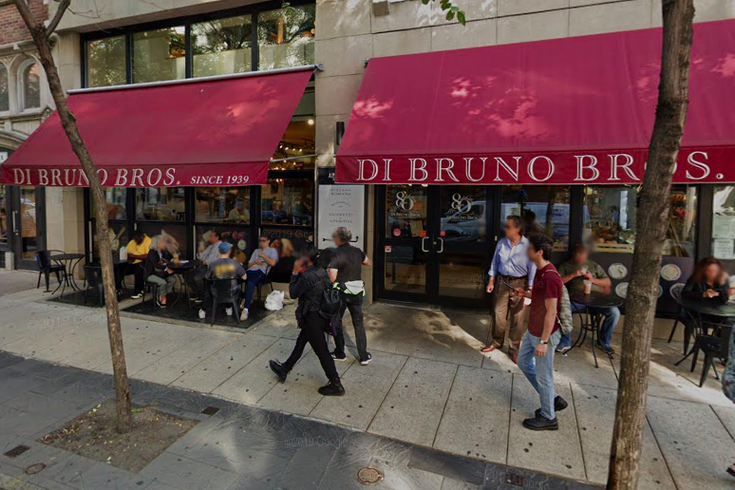 The head of Philadelphia's police union vowed on Thursday his members will boycott Di Bruno Bros. after the gourmet food retailer pulled back an offer of free lunches for police officers at its Center City location.

John McNesby, president of Fraternal Police Order Lodge #5, tweeted Thursday that Philly police will no longer be patronizing Di Bruno Bros., which has five locations in the city and a sixth in Ardmore.

Rest assured Philly police will be boycotting @DiBrunoBros from here on out. #BackTheBlue

On Monday, Di Bruno's had posted a sign at its Chestnut Street location, offering complimentary lunches for police officers who have been amassed in Center City amid the George Floyd protests. Numerous businesses along Chestnut and Walnut streets were damaged and looted on Saturday, before police were able to deploy significant resources to the retail corridors.

The lunch offer resulted in a backlash from some employees and residents, and on Wednesday,  Di Bruno Bros. shared a letter explaining its initial decision to offer free lunches to police.

By now, you may be aware of a situation this past Monday at our Chestnut Street location involving the offer of complimentary lunch to Philadelphia Police Officers. The decision was made in haste after a night of destruction and looting. It was insensitive and we sincerely apologize. The sign was removed, and the policy is revoked.

In subsequent days we have been challenged to look at our actions and be self-reflective on the impact that they had on our employees and our community. We appreciate our employees and community for encouraging dialogue and growth, and we are committed to learning and reforming our efforts moving forward.

The full letter (embedded below) goes on to explain that Di Bruno Bros. stands in solidarity with Black Lives Matter and peaceful protesters.

"We acknowledge that there has been a long history of racism and inequality in the country that has and continues to cause great pain. Di Bruno Bros. is committed to do our part towards a community that supports and elevates all people equally," the letter said.

One Twitter user pointed out the irony of a boycott against a business that offered free food in the first place.

How long did you feel you were owed free lunch for? Forever? For every cop? There are people out of work, dependent on food donations that are being disrupted or cut.

I support the @PhillyPolice, but this is not helpful to your cause.

McNesby later appeared on Fox & Friends, where he explained his rationale for the boycott.

“I mean, if they wanted to offer the lunch, fine, nobody asked for it. They did it," McNesby said. "Why turn around and slap the cops over the head? You turn around and now you apologize, and everybody else, for something that we didn’t do. To turn around and offer something, not that we needed it. But, it was a nice thing. A bottle of water would have been nice."

McNesby, who is known for stoking controversy, last year called out former Eagles safety and activist Malcolm Jenkins, who criticized the culture of police departments in an editorial.

Di Bruno Bros. said it has made donations to several charities supporting the fight against police brutality and racial injustice.

June 3 Letter to DiBruno Em... by PhillyVoice.com on Scribd