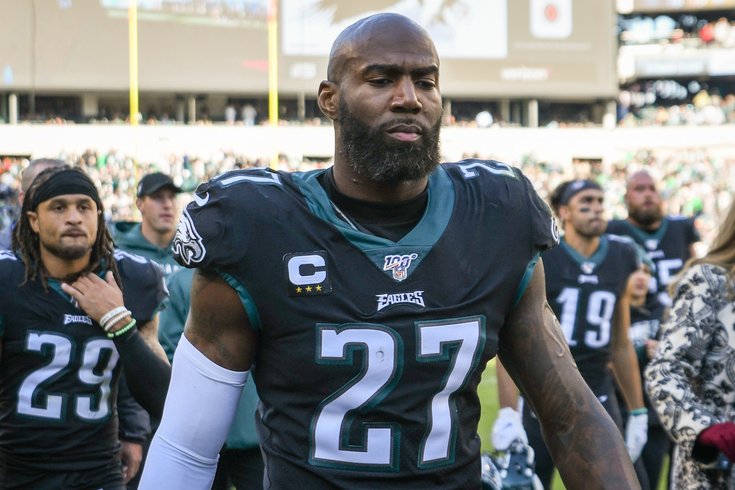 The Philadelphia Fraternal Order of Police called Eagles safety Malcolm Jenkins a "non-resident washed up football player" in a statement on Tuesday.

The Philadelphia Fraternal Order of Police called Eagles safety Malcolm Jenkins a "non-resident washed up football player" in a release Tuesday, and characterized an editorial Jenkins wrote Monday in the Philadelphia Inquirer as a "racist attack" on police in Philadelphia.

In his editorial, Jenkins also explicitly called for a police commissioner who "fights back against the police union":

"Nearly every time we hear a story of an officer abusing power, whether through violence or racist Facebook postings, the police union is there to defend the bad behavior. We need a commissioner who isn’t in lockstep with the union and who will instead push back when the union tries to hide and justify bad behavior. The commissioner must also support a union contract that allows for more officer accountability, even if that is an unpopular position with the rank and file."

The statement Tuesday from the FOP responded to Jenkins' characterization of the union, saying Jenkins' "slurs" and "false allegations" against police officers aren't productive:

In his editorial, Jenkins made three references to race: mentioning the racist Facebook comments made by Philadelphia police officers; citing a statistic that shows black drivers are disproportionately targeted by police officers who smell marijuana in cars; and claiming that stop-and-frisk policies "lead to alarming rates of arrests for black and brown boys and men."

According to the ACLU of Pennsylvania, African-Americans in Philadelphia accounted for 69% of stop-and-frisk stops from January 2018 to June 2018 despite making up 48% of the city's population.

The FOP also attacked Jenkins' ability as a football player more than once, saying his proposals would leave the city's crime victims "as defenseless as his poor play has left his football team," and impugning his ability to tackle opposing players.

Jenkins has used his time with the Eagles to repeatedly call for policing reform, including his work with the Players Coalition alongside NFL players like former Eagles wideout Torrey Smith and former NFL wideout Anquan Boldin. He's also worked with Philly native, rapper, and prison reform activist Meek Mill to try and engage the Philadelphia community about police reform and police behavior.

In 2017, Jenkins participated in a ride-along with Philadelphia Police officers to, in his words, try and better understand what officers are going through:

Jenkins, 31, leads the Eagles in solo tackles this year with 36, according to Pro Football Reference. As of 2016, he lived in Philadelphia's Northern Liberties neighborhood.