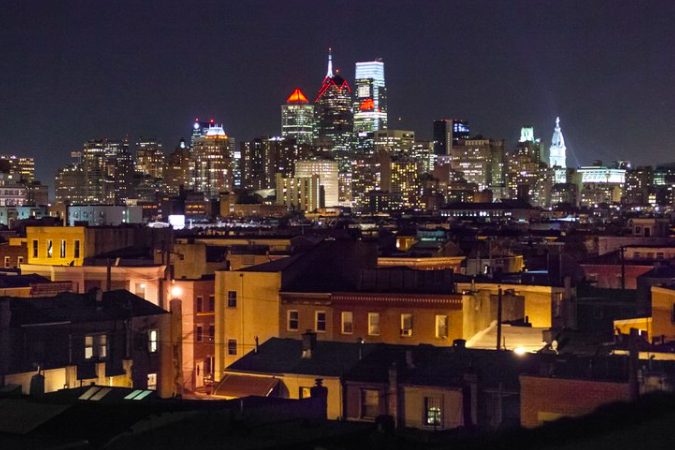 Temple University researchers believe mass shootings in Philadelphia have not been thoroughly reported by media outlets in the 21st century. The definition of mass shooting remains a subject of debate, but the new study in Preventive Medicine argues the public and policymakers would benefit from a broader definition and increased coverage.

Definitions of the term "mass shooting" have never been set in stone, sometimes creating confusion about how statistics on gun violence should be categorized and interpreted.

The Gun Violence Archive, a non-profit that tracks shooting incidents in the United States, uses a strict standard, considering an incident a mass shooting when four or more people are shot and killed, not including the shooter.

Using that threshold, the U.S. had a widely reported 251 mass shootings in the first 216 days of 2019 — highlighted by deadly attacks in Virginia Beach and El Paso, Texas.

The FBI, by contrast, previously defined "mass murder" in the 1980s as any incident during which four or more homicides occur within the same event or in close geographic proximity. Federal officials have since shifted their terminology to "active shooter incident" in order to describe fluid scenarios involving gun violence.

Researchers at Temple University recently examined a decade's worth of gun violence data in Philadelphia, finding that "neighborhood mass shooting" incidents have been underreported in the city.

A new study published online in the journal Preventive Medicine examined Philadelphia shootings between Jan. 1, 2006, and Dec. 31, 2015. They used three common variables to define a neighborhood mass shooting: four or more victims shot in a one-hour window occurring within 100 meters, about the length of a city block.

During that time period, the researchers found Philadelphia experienced 46 neighborhood mass shootings that injured or killed 212 individuals. Of the 212 people who were shot, 29 were killed (13.7%), the vast majority of all victims were African-American (85.9%) and male (76.4%), and the average age of the victims was 24 years old.

"There is no standard definition of a mass shooting," said Dr. Jessica H. Beard, the study's leader and assistant professor of surgery in the Division of Trauma and Surgical Critical Care at Temple's Lewis Katz School of Medicine.

"Our team sought to devise one that acknowledges conventional definitions but is more inclusive and also considers the impact on communities," Beard continued. "We found that there were 46 neighborhood mass shootings in Philadelphia from 2006-2015; for comparison’s sake, there were 41 traditionally defined mass shooting events in the country during that time period, according to Mother Jones.”

An important goal of the study was to examine how often neighborhood mass shootings are reported by media outlets as such. Mother Jones maintains a database of mass shootings from 1982 to the present, including only "indiscriminate rampages in public places resulting in four or more victims killed by the attacker," according to a guide developed by the publication.

Temple's research suggests this definition of mass shootings may be inadequate for a variety of reasons. The findings of the study show Philadelphia's "mass shootings" were largely underreported.

Among the 46 mass shootings found in the study, 183 total media reports covered them. Seven of the events – accounting for 31 total victims – had no identifiable media coverage at all. The victims in these events were primarily black (84%) and under 25 years old (61%). None of the victims in these unreported shootings were killed.

Of the remaining 39 incidents that did receive media coverage, most reports were from local and regional print publications. Nine of these incidents (23%) attracted national media attention and involved either youth or female victims.

Only two headlines examined in the study used the term “mass shooting,” and both were for the same incident.

"The media have a profound impact on society based on both what they choose to cover and how they choose to cover it,” Dr. Beard added. “Neighborhood mass shootings are more common than the public – and policymakers – likely know. Going forward, we would suggest coverage focus more extensively on the complexity of the events, share victims’ and survivors’ stories, and explore root causes and solutions.”

There are various reasons why media outlets opt to portray local shooting incidents as they currently do. Access, cost, staffing and time limitations associated with coverage of these events all influence decision-making, as well as rapidly changing and protected information as criminal investigations take shape.

Use of the term "mass shooting" can be perceived as alarmist or sensational if the circumstances, tragically, are not uncommon where the incidents occur.

Over the summer, when six Philadelphia police officers were shot during a barricade standoff in North Philadelphia, PhillyVoice initially used the term "mass shooting" to describe the incident in its early stages. It was also given an article HTML tag for "mass shooting."

The incident received national coverage, including a remark from the Trump administration that the situation in Philadelphia was being monitored. Fortunately, none of the six police officers were fatally wounded. The suspect was eventually captured without injury after more than seven hours of negotiations.

The very next day, five people in their late teens and early 20s were shot less than three miles away from the standoff's location in a single incident. Details of that shooting investigation, not described as a mass shooting at the time, were requested from Philadelphia police prior to publication of this story.

A recent spate of young shooting victims in Philadelphia over the past 60 days has also received a spike in media coverage, though only one of these cases (an apparent domestic incident) would fit the description of a mass shooting as defined by the Temple study.

Media outlets often try to discern patterns of neighborhood violence that can be supported by data, such as the statistical maps generated by organizations like The Trace. These maps demonstrate higher concentrations of gun violence in north, west and southwest Philadelphia neighborhoods in recent decades.

Closer examination of what police and local communities do in these areas to address high rates of violence can offer better insight into the root causes of it, from poverty and the escalation of related crimes to the presence of unregistered firearms.

The overall point of the Temple study is to highlight how neighborhood mass shootings are under-appreciated by the public and policymakers. If they were better understood and more thoroughly covered, perhaps the magnitude of the problem would warrant a greater commitment of resources, including media attention that contributes meaningfully to an improvement of the situation.