By Adam Hermann and Emily Rolen 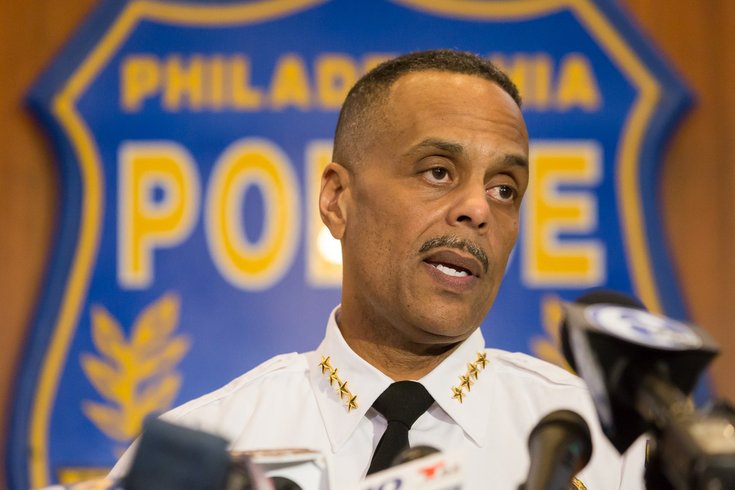 Richard Ross, shown here at a press conference in June 2019, tendered his resignation Tuesday after a 30-year career with the Philadelphia Police Department. He was appointed Police Commissioner in 2016.

“Today, Commissioner Ross tendered his resignation," Kenney said Tuesday. "I am disappointed, because he’s been a terrific asset to the Police Department and the City as a whole.

"I do not believe the Police Department has taken the necessary actions to address the underlying cultural issues that too often negatively impact women," Kenney continued, "especially women of color."

Ross' departure appears to be related to a lawsuit filed in late July by Officer Jennifer Allen and Cpl. Audra McCowan, which names Ross and 10 other defendants within the department. The suit alleges instances of groping, unwanted sexual advances and harassment related to breastfeeding at work. It also alleges that McCowan told Ross of the harassment months before filing the suit in text message exchanges, and he did nothing.

An amendment to the litigation was filed on Monday, detailing the now-over love affair between Ross and McCowan between 2009 and 2011, which the suit asserts is reason for Ross to have ineffectively responded to the harassment claims.

The mayor's office told Billy Penn that Kenney was not aware of the complaint until the amendment was filed on Monday.

Christine M. Coulter, deputy commissioner for the PPD, has been named acting commissioner, according to the mayor's office. Coulter is named as a defendant in the suit and, according to the litigation, knew of the complaints. She has her own disciplinary history, namely when she allegedly concealed details surrounding the death of a tow truck driver in 2011.

A search is underway for Ross' permanent replacement.

Kenney said he'll be enlisting the help of an independent firm to investigate the allegations, and to make recommendations "to overcome" discrimination and harassment within the department.

Ross began his career with the department in 1989, and was appointed police commissioner after Kenney became mayor in January 2016.

This story was updated on Wednesday, Aug, 21, after it was originally published.