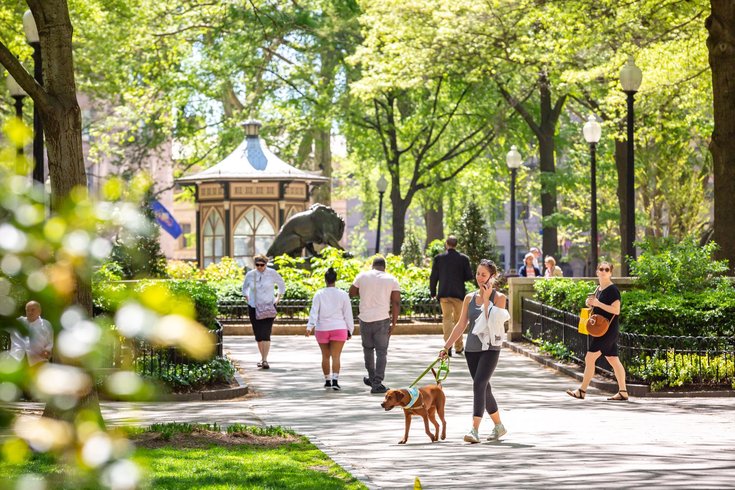 National Geographic named Philadelphia one of the best cities in the world to visit in its Best Trips 2020 list.

If you ever needed a reason to have a staycation in Philadelphia, National Geographic just gave you one. The magazine placed Philly on its "Best Trips 2020" list, which includes 25 destinations across the world.

The magazine highlights the murals and art installations around the city, as well as South Philly's Italian roots and that neighborhood's "vegan-punk-metal coffeehouses." To get the most out of a Philly trip, National Geographic advises visitors to start at the new Notary Hotel before taking in the Mütter Museum and the Edgar Allan Poe House.

Philadelphia ranked No. 1 among the cities on the "Best Trips" list, topping Telc, Czechia; Fort Kochi, India; Mostar, Bosnia and Herzegovina; Parma, Italy; and Puebla, Mexico, according to a release published on Visit Philadelphia's website.

Philadelphia and the Grand Canyon in Arizona were the only locations in the United States to make the list.

As to what makes Philly the place to be, the publication writes:

"Think of Detroit, Cleveland, and Cincinnati: resurgent, postindustrial American cities that are channeling creative forces to reinvent themselves for a new generation. Philly is like this but better. It's a scrappy underdog with a heart of gold and — who can resist the "Rocky" reference? — the eye of the tiger."

"It's awesome to see that more than a decade later, they're still enamored of and advocates for our historic, modern and always-evolving town," Jeff Guaracino, president and CEO of Visit Philadelphia, said.