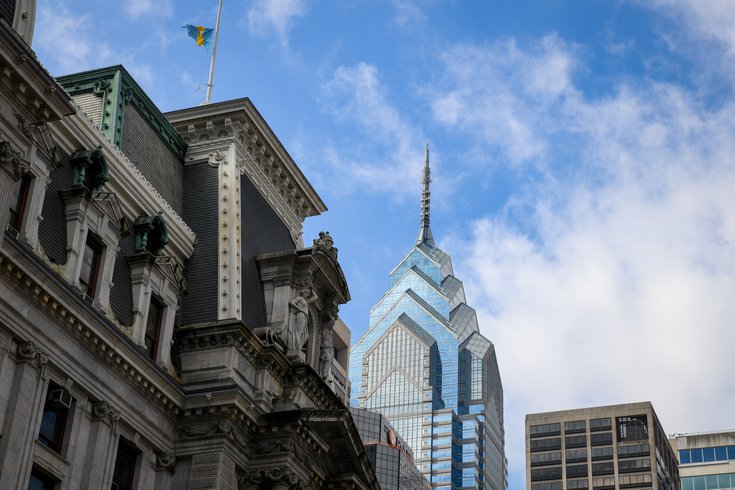 "We've gone through some pretty tough times in the COVID-19 epidemic, but our numbers are looking better," Farley said. "It does look like the epidemic is receding, and we do think that we can move forward to the next step."

Philadelphia Managing Director Brian Abernathy said outdoor dining at restaurants will be pushed back an additional week to Friday, June 12, as the city finalizes protocols. Officials were set back by the protests and civil unrest that unfolded during the last week.

"In addition to the legal and logistical aspects we had to work through, we also had some concerns about allowing outdoor dining to resume this weekend while demonstrations are still ongoing," Abernathy said.

Businesses with existing outdoor seating can begin to offer service on June 12. The city will share details to assist businesses that do not already have these amenities in the near future.

"The city is working on a streamlined process that would expand the availability of outdoor dining for businesses that are not currently permitted," Abernathy said.

While Abernathy acknowledged the disappointment of the delay, he said the extra time will enable the city and businesses to create a safer process for customers and employees. Those who open up prematurely will be in violation of the city's order.

As of Friday, lower-risk activities permitted to operate within certain parameters during the yellow phase include:

Customers and employees of reopening businesses are encouraged to call Philly's 311 line if they identify non-compliance with the yellow phase guidelines.

"We will have health department and Licenses & Inspections employees who are available to respond to businesses that may not have taken appropriate precautions either for their workers or customers," Abernathy said.

If an employer is following the guidelines established by Philadelphia, the city will not be able to take action on complaints, however.

Farley reiterated that he has some concern about the possibility of an uptick in infections as a result of large crowds demonstrating over the past week.

"We're not recommending social gatherings of people outside the household at all. People can use their judgment, but I want to communicate that we don't think right now it's a good idea." – Dr. Thomas Farley

The health department has urged protesters to monitor symptoms and plan to get tested for COVID-19. The city will not be asking those who seek tests whether they attended a protest and will not attempt use the protests as a measuring tool for COVID-19 in crowds.

"We're not going to be asking people whether they were involved in protests or not," Farley said. "I think that's a personal question. We'll follow the positivity rates overall. If this had an important impact, we'll see it in the overall positive rate."

On the whole, Farley said he was encouraged to see most protesters wearing masks and trying to remain at appropriate distances from one another. He has repeatedly said face masks will be crucial to the success of this next step.

Philadelphia's modified yellow phase differs from Pennsylvania's in that the city still recommends avoiding social gatherings of any size, while the state will allow them up to 25 people.

"We're not recommending social gatherings of people outside the household at all," Farley said. "People can use their judgment, but I want to communicate that we don't think right now it's a good idea."

Farley does not necessarily expect a surge in new cases of COVID-19 related to the protests, but said the city will take necessary steps to roll back red phase restrictions if public health metrics require it.

"It really depends on what populations we're seeing a resurgence in and what we think is causing the transmission," Farley said. "I just really want to prepare people that this isn't always a step forward in progress. Sometimes it's two steps forward, one step back. We hope we don't take any of those steps back, but if we do, we want people to know that the possibility exists."

As for going to the Jersey Shore, Farley is still not recommending Philadelphia residents take the risk. Although the city did not see a surge in new cases after Memorial Day, the health commissioner has repeatedly warned that the virus is "full of surprises" and that its trajectory may go through ups and downs.

Philadelphia reported 121 additional confirmed cases of COVID-19 on Thursday, bringing the city's total to 23,281. Another 70 fatalities — most of them reported with a delay — brought the city's death toll to 1,394, including 739 nursing home residents.

Hospitalizations for COVID-19 in the Philadelphia region have decline by approximately 60% since the peak in late April, Farley said.

The health commissioner said he hopes to see the city avoid a backslide into tougher restrictions.

"If we all do this right, then we all benefit, and we can really restart our economy while keeping the virus at bay," Farley said. "What we're announcing today is a small step forward, but it is a very real step forward."