Former Philadelphia Police officers Kevin Robinson and Sean McKnight were cleared of all charges Monday in the assault of a North Philadelphia man.

The jury found Robinson and McKnight not guilty on charges of aggravated assault, simple assault, conspiracy and related offenses.

Attorney Brian McMonagle, who represented McKnight, told CBSPhilly.com that the jury came back with the correct verdict.

"I really think this jury worked real hard to bring justice to two good men, two men who sacrificed their community and gave up their careers to serve the people of Philadelphia," McMonagle told CBSPhilly.com. "And this was the right verdict, it was the only verdict and it was a just verdict."

Two former Philadelphia police officers charged with viciously beating an unarmed man in May 2013 are awaiting a verdict from jurors who heard closing arguments in their trial Friday in Philadelphia Court of Common Pleas.

They were suspended and later dismissed from the Philadelphia Police Department.

Robinson and McKnight claimed that the alleged victim, Najee Rivera, had been pulled over in the Fairhill section of North Philly after running through a stop sign on his scooter and, according to the officers, refusing to comply with their commands.

According to AL DÍA News, the official police document detailing the officer's use force during the arrest indicated Rivera, then a custodial staff member at the Children's Hospital of Philadelphia, sustained injuries to his arms, head, wrist, shoulder, and head after the officers used their retractable metal batons.

My first time covering a trial in the US for @AlDiaNews. It was a tragic story. https://t.co/E6a55IKScQ

The report states Rivera had fled from officers and initiated violence to resist arrest at the end of a pursuit on his scooter. Rivera, who lost his job at CHOP over the incident, was charged with resisting arrest, aggravated assault and reckless endangerment.

Robinson and McKnight became the focus of the criminal investigation after Rivera's girlfriend, Dina Scannapieco, obtained surveillance video from a barbershop near the scene at Seventh and Cambria streets.

That video, presented during the trial last Thursday, appears to refute the officers' account, showing instead that Rivera's scooter had been traveling in the opposite direction of the police cruiser, the prosecution argued. In the video, an arm can be seen shoving Rivera off the scooter and to the ground before the officers exit the car, pin him against a wall, and allegedly strike him with their batons and fists.

The charges against Rivera have been dropped, and he was awarded $200,000 in compensation after filing a lawsuit against the city. Tragically, as PhillyMag reports, Rivera was shot last December while attempting to break up a fight in Kensington. He died at Temple University Hospital 15 days later.

Philadelphia police have identified Khalil Henderson, 22, as the prime suspect in Rivera's shooting, and he remains on the department's Most Wanted List. 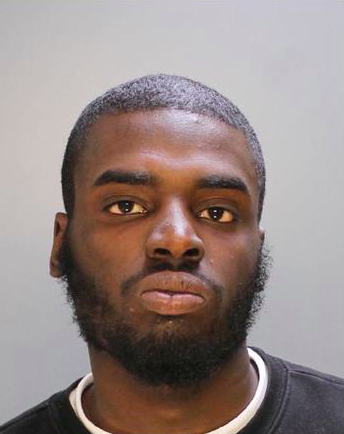 In court, the officers' defense attorneys argued Robinson and McKnight exercised "by-the-book police work" in their arrest of Rivera and were justified in their use of force because Rivera allegedly displayed aggression and refused to be handcuffed, according to The Philadelphia Inquirer.

The officers also claimed that they mistook Rivera for a drug courier in response to a pattern of criminal activity in the area involving scooters.

Assistant Philadelphia District Attorney Andrew Wellbrock reportedly told the jury that the criminal case rests on an evaluation of how people act when no one is watching, or when they are under the impression that they are not being watched. He reminded jurors that the only reason the trial ever came to be is because Scannapieco obtained the key evidence contained in the surveillance video.

Both sides did not have the benefit of hearing testimony from Rivera himself. Police continue to seek help from the public to locate the suspect responsible for his alleged slaying.