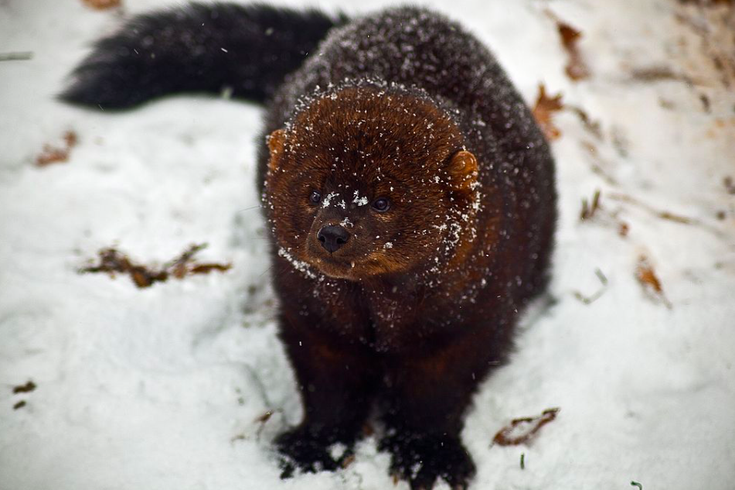 Disturbing as it may be, one great indication of the state of an ecosystem is the diversity of roadkill that turns up on local streets and highways.

We're all accustomed to avoiding downed deer, opossums, squirrels and raccoons in Pennsylvania, but now there's another geographically "extinct" critter that appears to be making a comeback, according to the Pittsburgh Post-Gazette.

Thanks to a lengthy repopulation effort, a member of the weasel family is firmly rebounding in forests across Pennsylvania. Known as the fisher, the dark brown and sometimes brindled creature has seen its numbers steadily climb in capture reports tracked by the Pennsylvania Game Commission. 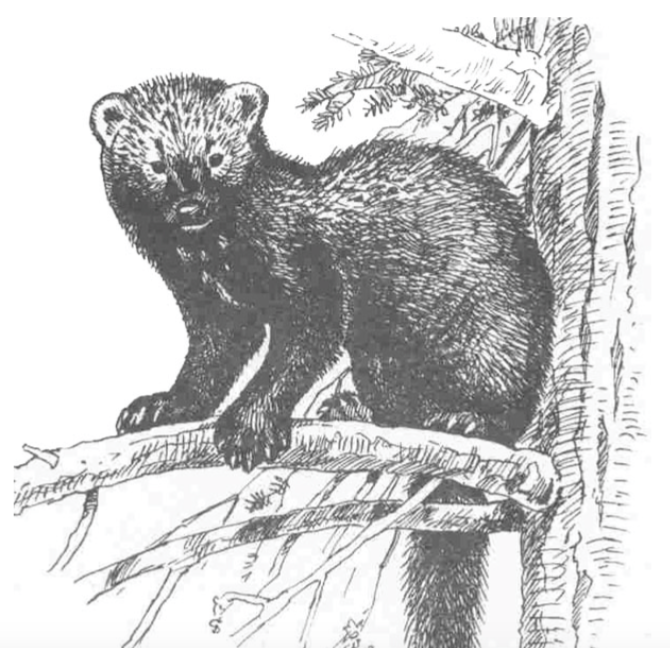 Illustration of a fisher.

These guys are fierce and indiscriminate in their diet, which ironically does not include fish. The animal's name comes from the French word "fichet," a North American peer of the European polecat. They feast primarily on small rodents, but they're capable of taking down porcupines, foxes and will even eat each other, a wildlife biologist for the Pennsylvania Game Commission told the newspaper.


An adult male fisher can reach 4 feet in length from head to tail and typically weighs between 9-12 pounds, though they can grow to double that size. They are native to Canada and once thrived throughout the forests of the Great Lakes, the Rockies and the Appalachian mountain chain, but deforestation over the past two centuries drove them nearly to extinction in the United States.

In the mid-to-late 1990s, the Pennsylvania Game Commission began releasing fishers at six wooded locations in northern Pennsylvania. Their numbers have improved significantly in the two decades since. The Game Commission's Fisher Management Plan notes that estimated fisher captures rose from about 56 in 1999-2000 to about 983 by 2007-2008. Reported fisher observations also rose from 60 in 1997 to 481 by 2007.

Here's a video of a fisher being released in a Pennsylvania forest to help grow numbers for last year's hunting season.

"Fisher are a carnivore of great interest to naturalists and a variety of outdoor enthusiasts," the report reads. "Because fisher are secretive predators and are rarely observed in the wild, seeing a fisher in Pennsylvania's forests heightens the wilderness experience sought by outdoor enthusiasts."

They're also extremely crafty. Check out how they came up with a way to hunt porcupines, something almost no other predator has figured out. From a wildlife conservation blog in New Jersey, where similar efforts are underway way to restore the population:

The prickly defenses of the porcupine protect it against almost all predators except the fisher, who has developed a special way of hunting its prey. It will chase a porcupine up a tree until it can go no further and falls. Then, it will make a head-first descent down the tree with the help of semi-retractable claws and feet that can turn nearly 180 degrees. The fall stuns the porcupine, allowing the fisher to access the unprotected underside.

If you're worried about coming into contact with one of these guys, they still didn't exist in southeastern Pennsylvania as of the 2006-2007 furbearer questionnaire referenced in the Fisher Management Plan. 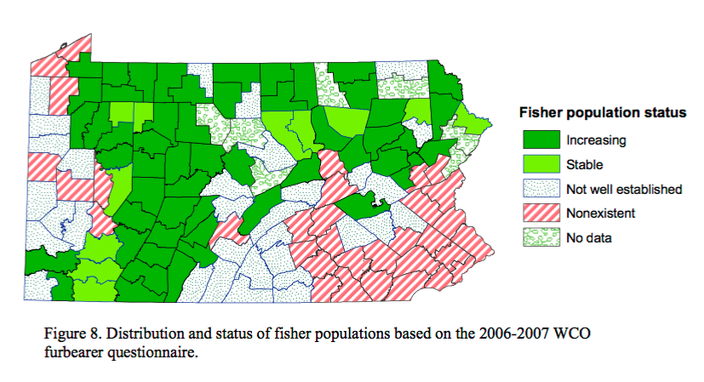 Map of fisher distribution in Pennsylvania.

On the other hand, if you are hoping to track down a fisher, a good way to attract them is apparently with the scent of a skunk.