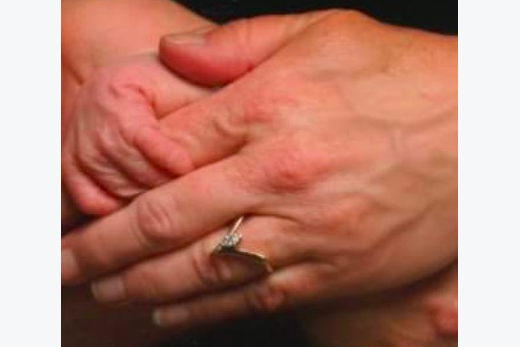 Judy Kluska's missing engagement ring was returned to her after her son posted a photo of it on Facebook.

A 33-year-old engagement ring is back with its grateful owner after 11,000 shares on Facebook and assistance from a stranger who saw the posting.

“I was in a couple different stores returning things, and when I was leaving, it was probably around 4 o’clock in the afternoon, and I realized my ring was missing,” Kluska told NBC10.

Kluska revisited the mall and the merchants where she shopped, but was unable to locate the piece of jewelry.

Her son, Jason Kluska, posted a picture of the ring on Facebook.

John Kaiser, who lives just a few blocks from Judy Kluska in Port Richmond, was at the mall the next day when his fiancée found the ring on the floor of Forever 21.

Kaiser says his mother saw the photo of Judy Kluska's ring on Facebook, and he realized it was the same ring his family had found.

Jason reached out to Kaiser, and Judy Kluska responded on Facebook:

“Within 24 hours John had inboxed me on Facebook and said he found my mother’s ring,” Jason told NBC10.

Jason told PhillyVoice on Tuesday that his father, Brian, had bought the ring for his mother at a Philadelphia shop. In fact, the woman who worked at the store and sold the ring contacted him, recalling the purchase. He said she now works at a different store on Jewelers' Row.

Though he doesn't know exactly what his dad paid for the ring, Jason admits the $1,000 reward was likely more than the jewelry's original cost, but added that didn't matter.

He and Kaiser have many mutual friends but had never met.

Jason said his mother is getting the ring resized smaller so it won't fall off again.