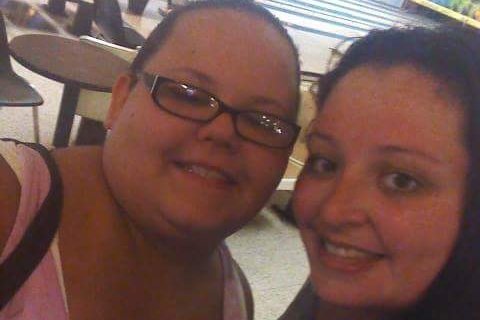 Amber Dudley, left, of Collingswood, was killed during the attempted robbery of a Lyft car on Nov. 30. She was a passenger in the vehicle.

The family of a 27-year-old Collingswood woman who was fatally shot last week during the attempted robbery of a Lyft rideshare car is seeking donations for funeral and related expenses.

A GoFundMe page was created by Amber Dudley's younger sister, Britt Dudley-Cerceo, who described their family as “lacking in funds."

Dudley-Cerceo went on to share the circumstances surrounding her sister's death. Amber Dudley was killed while she was a passenger in a Lyft in Trenton at around 7:30 p.m. on Nov. 30.

According to a report by Homicide Watch Trenton, Dudley and two others were riding in the Lyft vehicle when an unidentified male suspect, who remains at large, opened the vehicle’s rear door and allegedly attempted to rob them.

Police report that a struggle ensued and that the Lyft driver sped off, at which point the suspect fired a shot, striking Dudley in the torso.

The incident reportedly occurred a few blocks from Trenton Police Department headquarters, where the Lyft driver reportedly pulled over and officers there attempted to save Dudley.

On the GoFundMe page, Dudley-Cerceo describes Amber as "my older sister. Someone I looked up to. Someone that was always there for me.”

She wrote that Dudley died on their mother’s birthday and added that while the family's fundraising goal has been met, they are continuing the campaign for donations.