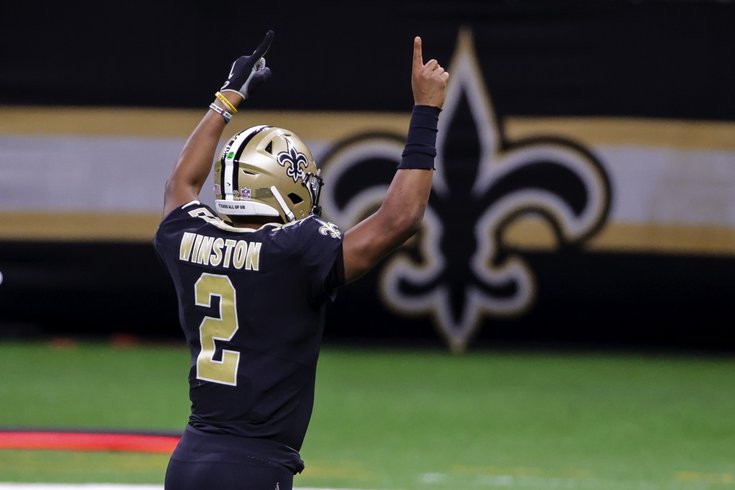 Injuries and an extra full slate of bye weeks (six teams are off this week) will make Week 11 a tough one for fantasy football owners, as teams are jockeying for (or hangin on for deal life) playoff positioning with just a few weeks remaining in the regular season slate.

As we do every week, we've singled out a trio of players at each position worth targeting on waivers. Here's hoping you still have a few bucks left in your FAAB.

Drew Brees is out for at least two or three weeks, giving touchdown (and interception) savant Winston an opening with a pretty impressive offense to lead. In the second half last week, Winston only threw it 10 times, as the Saints looked content to rely on running back Alvin Kamara. And while Kamara is sure to be an even more important part of what New Orleans does over the next few weeks, Winston is perhaps the most talented quarterback on an NFL bench and has a chance to shine with Michael Thomas to sling the ball to. Winston is definitely worth a gamble for Brees owners or those streaming quarterbacks.

If you missed last week's Dolphins - Chargers game, which you probably did, you likely have never heard of Ahmed. But if you take a quick look at the goings on in Miami in recent weeks, including them cutting Jordan Howard, you'll see that Ahmed could be their No. 1 back going forward. A week after earning an impressive 5.4 yards per carry against Washington in Week 9, Ahmed had 21 rushes for 85 yards and a touchdown in Week 10. He looks to be their bell cow going forward and is worth an investment on the waiver wire.

Pittman has had a relatively quiet rookie season so far, but that is quickly changing. Pittman took on a go-to-guy role for Phillip Rivers in Indy's win against the Titans last week, as he caught seven passes for 101 yards and added a 21-yard run. Pittman is a player with an upward trajectory, and one who was used lightly early in the year and who is healthy and fresh for the stretch run. He's worth finding on waivers and keeping in your back pocket —and is a FLEX-worthy option against the Packers if you need a spark.

We aren't saying that Ertz will, 100% be ready to play in Week 11. He is coming off a moderately serious ankle injury and may need a week of practice before he is ready to hit the field once again. But based on the muck and mire of tight ends available otherwise, an investment in Ertz — who is available in nearly half of all Yahoo leagues — could be a smart one. Even if he is stashed for a week, he was designated to return from IR on Monday and will hit the field with a favorable schedule ahead.

Defense to stream: Chargers, (vs. Jets)

The Jets are the worst team in the NFL. Not much to break down here, if you see the Chargers, grab them.