Coatesville Police then shared the letter on social media 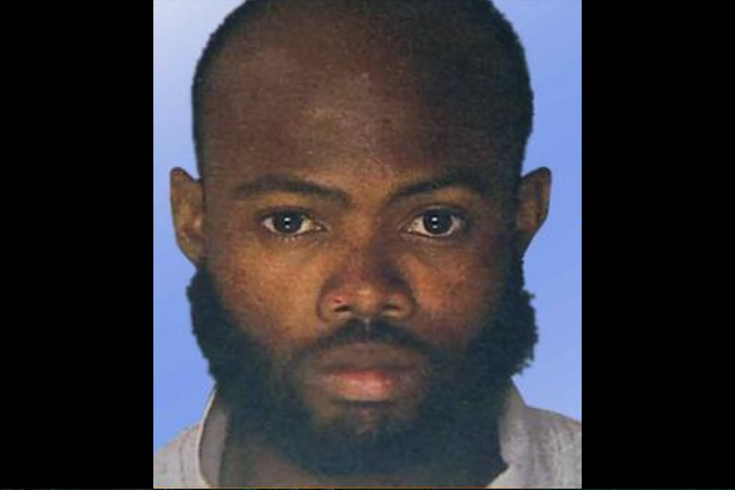 The Coatesville Police Department shared a letter on its Facebook page penned by the father of Eric Watson – a man arrested on July 18 for throwing a rock at the dashboard of a Coatesville police cruiser and caused injury to an officer –  in which he thanked the officers involved for their handling of the situation "in a time when madness seem to be the order of the day and the lives of officers in value are in danger."

According to a police report of the incident, which was also captured on dash camera video, a Coatesville police officer suffered a broken sternum during the altercation with Watson after the unprovoked attack.

In the letter, Watson’s father, Eric Watson Sr. writes in part, “I want to commend the action taken by officer Jared Davis by displaying professionalism beyond the norm in a time when madness [seems] to be the order of the day and the lives of officers in value are in danger. Even during the injuring of an officer, the right of Eric was not breached.”

The Coatesville department shared the letter in its entirety on Tuesday with a message that read:

As many of our followers are aware, there was an unfortunate incident involving an individual who was arrested after throwing a rock at a moving patrol vehicle. With the permission of the writer, we are posting their letter to our department. It is our hope that all involved parties see this as an opportunity to move forward in a positive direction.

As of Tuesday afternoon, the post had been shared more than 250 times. Read the full letter below. 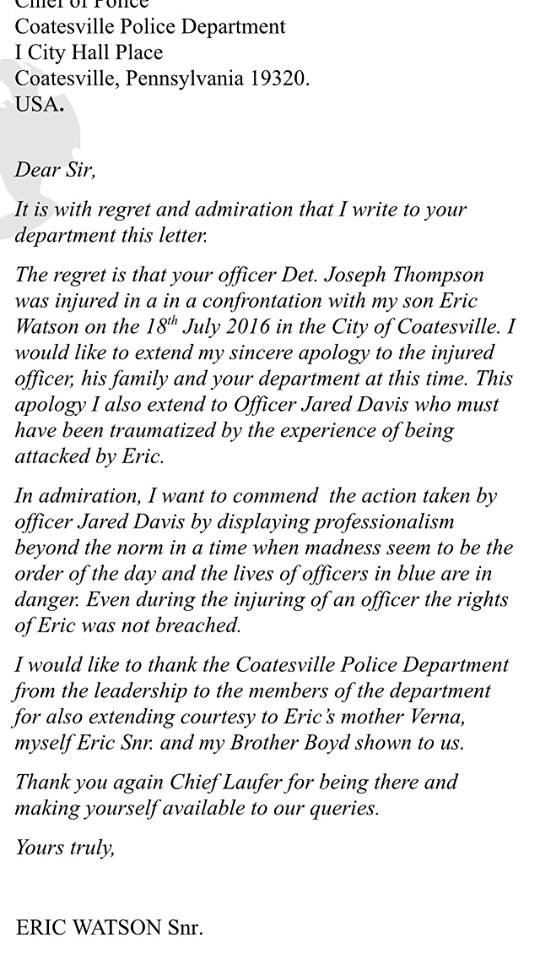