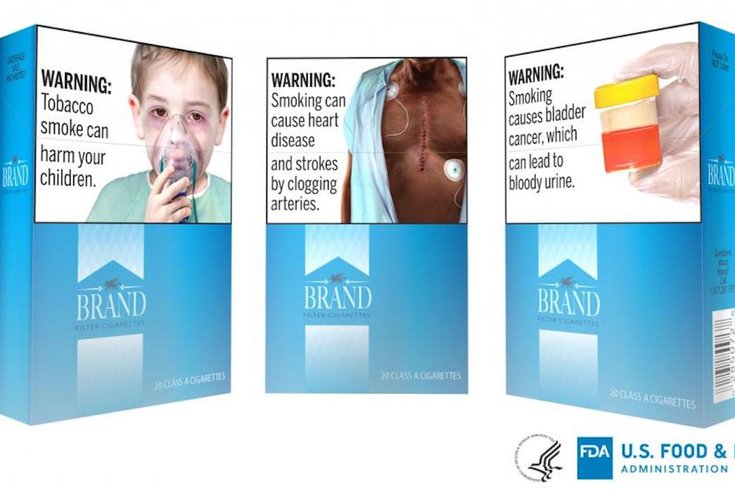 A U.S. Food and Drug Administration proposal would include 12 graphic images as part of larger health warnings for cigarette packs and advertisements.

On Thursday, the agency said it seeks a rule to require new, science-based warnings to "promote greater public understanding of the negative health consequences of smoking."

The warnings would feature both photo-realistic color images that are often disturbing, as well as words. For example, one imaged pictures feet with a few toes missing and the words “Warning: Smoking reduces blood flow to the limbs, which can require amputation.” Another shows a sick looking young boy wearing an oxygen mask, accompanied by the warning: "Tobacco smoke can harm your children."

According to visuals provided by the FDA, the warnings would cover the top half of the front and back of cigarette packs and 20 percent of cigarette ad space.

The FDA is currently accepting comments on the rule change for consideration before it publishes a final ruling satisfying the Tobacco Control Act.

The new warnings intend to raise awareness around the lesser known health risks of smoking such as bladder cancer, diabetes, erectile dysfunction and blindness.

“With these new proposed cigarette health warnings, we have an enormous public health opportunity to fulfill our statutory mandate and increase the public’s understanding of the full scope of serious negative health consequences of cigarette smoking,” acting FDA commissioner Dr. Ned Sharpless said.

The warnings would be required to appear on cigarette packs and in advertisements 15 months after a final rule is issued.