Febrile seizures can scare parents, but they're usually mild

Here's how to protect a child during a seizure 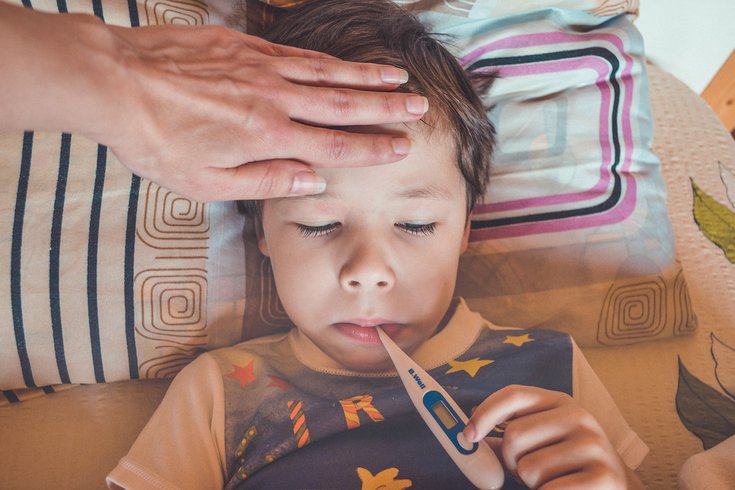 When a child is experiencing a seizure, it is important for the parents to remain calm. Gently place the child on the floor on his side to prevent choking. And make sure there are no harmful objects nearby.

When a high fever triggers seizures in a child, the experience can be very scary for the parents, but most of the time, the seizures will resolve on their own.

Febrile seizures are convulsions that can occur when a young child has a fever above 100.4 degrees Fahrenheit. They usually last for a few minutes, but the fever may continue for some time.

Most of these seizures are mild and don't need any treatment or result in any complications, according to health experts. Some children may feel sleepy afterwards.

"Febrile seizures are common," Dr. Sara Molisani, a physician in the division of neurology at Children's Hospital of Philadelphia, told TODAY last month.

The most important thing parents can do is to keep their children safe during a seizure.

Signs of a febrile seizure

During a febrile seizure, a child may convulse, shake and twitch all over. They may roll their eyes and pass out. Some children may vomit or urinate during the convulsions.

If a child is experiencing a seizure, it is important for parents to remain calm. Gently place the child on the floor on her side to prevent choking. Make sure there are no objects nearby that could hurt the child.

Loosen any clothing around the head and neck and watch for signs of breathing problems. If the child is struggling to breathe, her face will turn a bluish color.

Don't put anything in the child's mouth or try to hold or restrain the child during an episode. Do not put the child in a bath.

Time the seizure. If it lasts for more than five minutes or the child turns blue, call 911 immediately. If the seizure resolves within five minutes, call the child's pediatrician for an appointment. It is still important to identify and treat the cause of the fever.

If the child is under age 1, at risk of meningitis or vomiting or having diarrhea during the convulsions, then the doctor may suggest further testing.

Complex febrile seizures are those that last longer than 10 minutes and happen more than once in a 24-hour time period. They generally also involve only one part or one side of the body. A doctor may prescribe anti-seizure medicine if a child has multiple episodes.

Even if the seizures are mild and resolve quickly, experts advise calling 911 if a child has more than one in a 24-hour period.

Children who have missed some vaccines and have a febrile seizure could be at higher risk of meningitis, which requires emergency attention. Symptoms include a stiff neck, constant vomiting and a bulging soft spot on the head of babies.

Who is at most risk?

There is no specific cause of febrile seizures, but experts say certain viruses such as the herpes virus are more likely to cause them than others. The way a child's developing brain reacts to high fevers also may play a role.

Sometimes a seizure can be the first sign that a child is ill and can come on very suddenly.