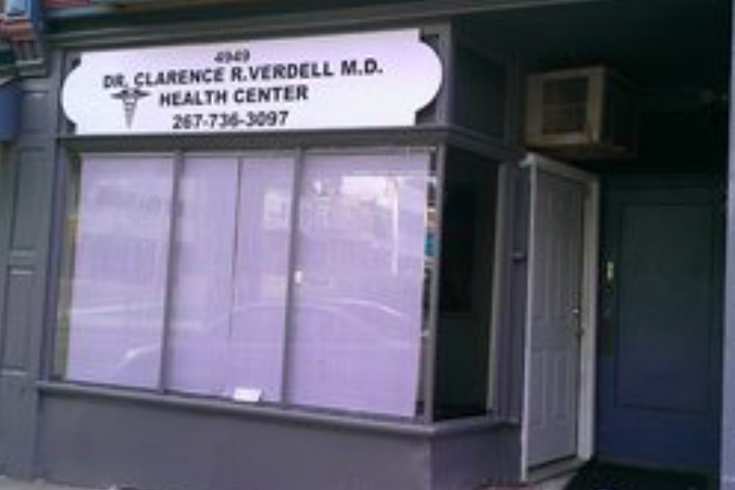 A man who ran a Philadelphia clinic that allegedly sold illegal prescriptions was indicted Wednesday just four months after his ex-boss and two associates were charged with similar crimes, the U.S. Attorney's Office announced.

Federal prosecutors say Dr. Clarence Verdell, 66, of Vorhees, illegally sold prescriptions of Suboxone and Klonopin from his Philadelphia clinic after working under Dr. Alan Summers at his office on South Broad Street.

Summers, 77, previously ran a clinic called the National Association for Substance Abuse Prevention & Treatment (NASAPT), where federal authorities allege he and two staff members also sold Suboxone and Klonopin for cash payments. Summers would allegedly falsify information that was later sent by his customers to health insurance companies so that the prescriptions would be covered.

The alleged scheme was exposed after undercover agents posing as patients attended the clinic to receive diagnoses and obtain "massive" doses of the two drugs, which are intended to manage symptoms of opioid addiction and anxiety disorders.

Authorities said Summers and his co-defendants pulled in more than $5 million through the clinic, often selling pills to drug dealers and addicts.

On Wednesday, prosecutors said Verdell and his office manager, 37-year-old Rochelle Williams, of Philadelphia, ran a similar clinic after Verdell spent six months at NASAPT. Verdell allegedly attempted to market his new clinic to customers of Dr. Summers by promising to give them more drugs for less money. Authorities also said He also neglected to conduct medical and mental health examinations as required by law to provide prescriptions, authorities said.

In Verdell's absence, prosecutors say Williams was given a prescription pad to keep operations with customers running. In total, federal authorities say the clinic illegally sold more than $1 million of controlled substances.

In May, prior to any charges, Verdell's medical license as a psychiatrist was suspended amid a DEA probe of his former Solutions in Recovery clinic at 4949 Frankford Avenue, the health center's second location after an office in Lower Moyamensing was shut down. He had  come under the eye of Philadelphia lawmakers in 2013 when neighbors in South Philadelphia fought the city's granting of use permits for such offices, which facilitated frequent visits from addicts in residential areas hard-hit by the opioid epidemic.

The indictment against Verdell and Williams includes charges of conspiracy to distribute controlled substances, health care fraud, and money laundering.

“We have a public health crisis in this county involving prescription drug abuse that is exacerbated by doctors like these defendants,” said U.S. Attorney Zane David Memeger. “Every doctor who abandons his or her ethics to engage in the prescription-for-pay culture is breaking the law. They need to ask themselves whether it is worth the money to put people in danger, to risk the loss of their medical licenses, and to lose their freedom. Our office will continue to investigate and prosecute those individuals whose unscrupulous and illegal conduct contributes to this deadly epidemic.”