The legislation was introduced by state Rep. James Struzzi, who hopes it will help prevent overdose deaths by detecting the the presence of the synthetic opioid 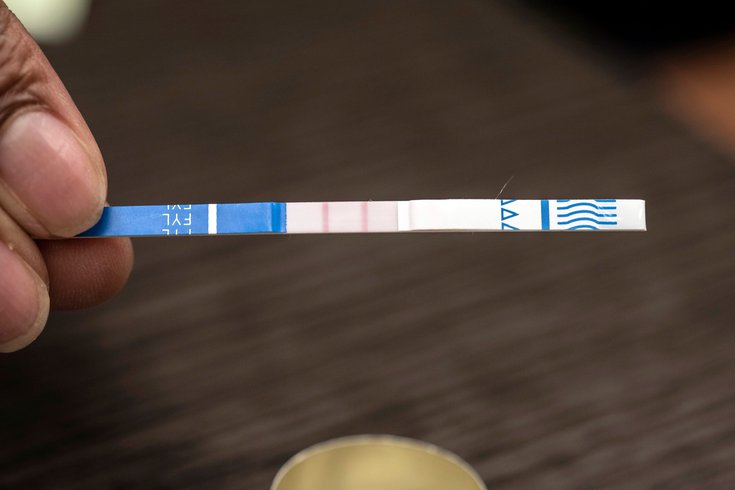 Legislation introduced in the Pennsylvania House would legalize the use of personal testing equipment, like the fentanyl test strips shown above, to help prevent opioid overdose deaths. The bill unanimously passed the House Judiciary Committee this week.

The bill, HB 1393, introduced last March by state Rep. James Struzzi, R-Indiana, would amend the Pennsylvania Controlled Substance Act to stipulate that testing equipment – "for personal use in determining whether a controlled substance contains chemicals, toxic substances or hazardous compounds in quantities which can cause physical harm or death" – is not a violation of the law.

In a March 2021 memo announcing his plan to reintroduce the bill, Struzzi asked his legislative colleagues to support the proposal because it would help prevent overdose deaths by "allowing those who are in the grip of addiction to possess and use test strips to assure their own safety."

Current state law categorizes "testing equipment used, intended for use or designed for use in identifying or in analyzing the strength, effectiveness or purity of controlled substances" as "drug paraphernalia."

Pennsylvania logged 5,224 drug overdose deaths in 2021, according to state data.

Struzzi further clarified that possession of test strips by drug dealers would still be illegal under the amendment.

The Pennsylvania Department of Drug and Alcohol Programs, which coordinates the Wolf administration's efforts to prevent and reduce drug and alcohol addiction and abuse, said it is "encouraged" by the bill, calling it a "step forward."

"Legalizing fentanyl test strips is a key component of both our harm reduction and anti-stigma strategies, which also includes advocacy for legislation on access to syringe services," DDAP spokesperson Stephany Dugan told the Capital-Star. "The longer we keep people alive, the greater chance they have to get connected to services and get well."