After a career covering major events in Philly and beyond, Cuellar hopes to travel, teach and write books 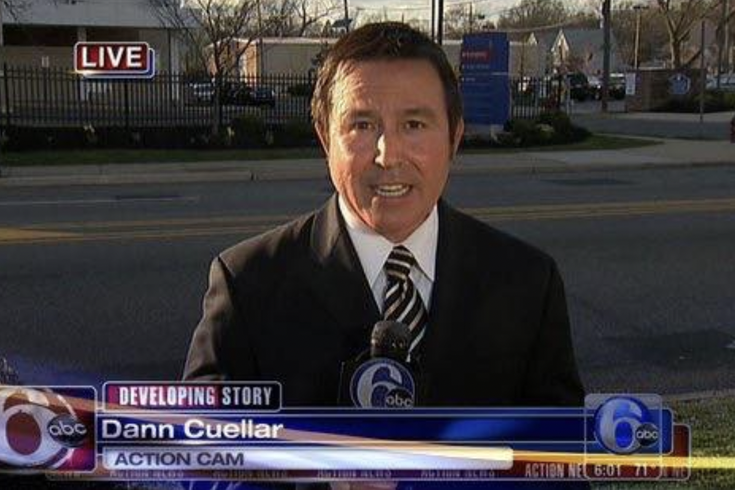 6ABC reporter Dann Cuellar announced he retiring from Action News. Cuellar joined the station in 1988 and is one of several veteran reporters to leave the Philadelphia-based TV station in recent years.

Action News mainstay Dann Cuellar is retiring from 6ABC after a career that spanned more than three decades of coverage in the region, nation and around the globe. Cuellar is the latest big name at 6ABC to announce his departure from the Philadelphia area's most-watched TV news station.

Cuellar, who joined 6ABC in 1988, shared a heartfelt message Thursday morning on Facebook, where he thanked viewers for tuning in and discussed his future plans.

"It’s a source of great pride to have been invited into your homes to report the news over the last three decades. I don’t think I could ever fully capture what an honor it has been," Cuellar wrote. "I’ve had a tremendous run here at Action News. I really have. Together with my colleagues we traveled the world reporting on major events of our times, like being there to witness the bravery of our troops on the battlefields of Iraq, Kuwait, Saudi Arabia and Bosnia."

To our Action News viewers: It’s a source of great pride to have been invited into your homes to report the news over...

Cuellar reflected on a range of events he covered during his time at Action News, including the Columbine school shooting massacre in 1999 and the 9/11 attacks in 2001. He also fondly recalled the Phillies' World Series victory in 2008 and the Eagles' Super Bowl season in 2017-18, as well the annual Thanksgiving Day preview.

"This is the end of a chapter and the beginning of another," Cuellar said.

Cuellar, a father of three, said he plans to first spend time with his family in the coming months and intends to travel.

"Ultimately I would like to teach TV & Digital journalism at a local university. Do some charitable works in our communities. Perhaps some consulting work and maybe even write a book or two," Cuellar said.

Cuellar's departure comes after a string of veteran reporters left Action News in recent years — Vernon Odom, Monica Malpass, John Rawlins, Jeannette Reyes and meteorologists Melissa Magee and David Murphy. The biggest name among them, Action News anchor Jim Gardner, moved off the 11 p.m. broadcast this year and will retire at the end of 2022.

"Congratulations on your retirement, Dann!" Action News wrote in a Facebook post. "We wish you the best of luck and will miss you here at Action News."