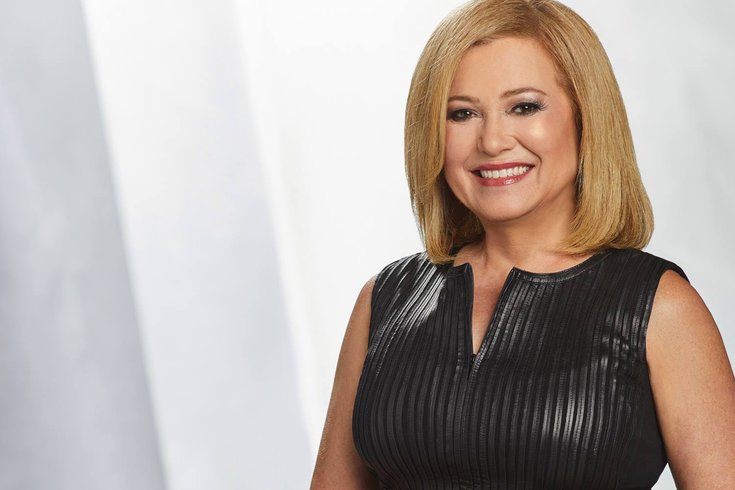 Monica Malpass, the veteran news anchor and reporter who spent more than three decades with 6ABC Action News, announced at the end of Wednesday's 5 p.m. newscast that she's leaving the station.

"I have decided to move on, but it's with mixed emotions that I leave after more than 31 years," Malpass said in a prepared statement. "I have loved being your anchorwoman. This is a wonderful place to live, work, and raise a family. It was certainly a difficult decision to make, but I'm excited to spend more time with my young family while I choose the next great opportunity."

From the 6ABC release, it doesn't sound like Malpass is retiring from news just yet.

"Malpass, the mother of three boys, stated that she is looking forward to exploring potential national and international opportunities and assessing what is best for her family and her career," the release says.

Malpass began her career with WPVI at the start of 1988 as a reporter, and has anchored the 5 p.m. newscast with Rick Williams since 2003.

Malpass earned her Masters of Arts degree from Villanova in 1999 after earning her undergraduate degree at the University of North Carolina at Chapel Hill.

Please say it's not true 😥 Monica Malpass is a fixture in Philly news. Congrats on 31yrs and we will miss you! #ThankYouMonica

Action News won't be the same without the snarky banter between @monica_malpass and @rickwilliams6. Good luck, Monica

I feel like I’m losing a part of my family! Thank you @monica_malpass for everything you’ve done! #thankyoumonica

Wow I'm not sure it's Action News without Monica Malpass

@monica_malpass - Can not believe you are leaving! Congratulations on an amazing career!!! @6abc #ThankyouMonica

In the prepared release, WPVI wished Malpass "the best of luck with her future opportunities."