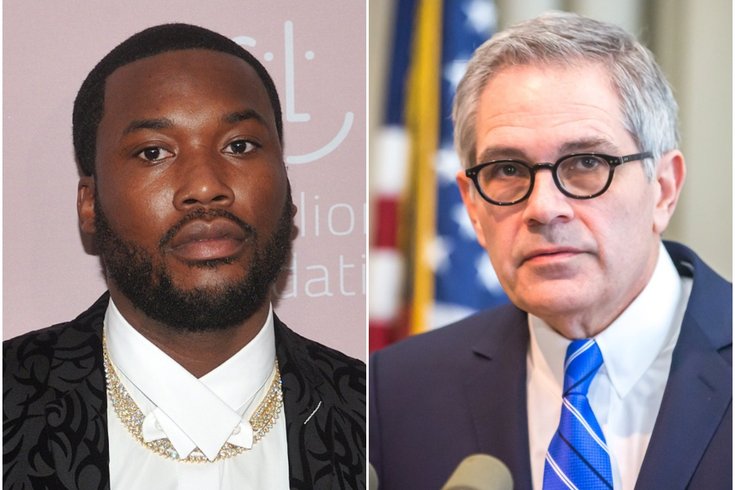 Philadelphia District Attorney Larry Krasner filed an appeal with the Pennsylvania Superior Court on Wednesday to request a new trial and judge for rapper Meek Mill.

Mill, born Robert Rihmeek Williams, had been sentenced by Common Pleas Court Judge Genece Brinkley to two to four years in state prison in November 2017 for violating his probation on a 2008 case involving gun and drug charges. He served five months before the Pennsylvania Supreme Court overruled Brinkley and ordered his release in April 2018.

In court documents filed Wednesday, Krasner said Brinkley "created the appearance of partiality" and "abused [the court's] discretion." The appeal also alleges that when Brinkley personally checked up on the rapper during his court-assigned community service, she took on a role outside of judge.

"Here, instead of asking a probation officer to visit the shelter to assess Williams' compliance with the court's community service requirement, Judge Brinkley personally assumed the role of investigator. No evidence suggests that the judge routinely made this type of unannounced personal visit to monitor her other probationers," Krasner said.

Brinkley has repeatedly refused to recuse herself from the case and denied Meek a retrial, despite his attorney's insistence that the judge had showed enormous bias in her initial sentencing. In June 2018, the Pennsylvania Supreme Court also denied the rapper's request to kick Brinkley off the case.

Krasner previously has supported Meek's retrial and release from prison, however this is the first time there has been an official move from the D.A.'s office on the rapper's case.

A request for comment from Krasner was not immediately answered.