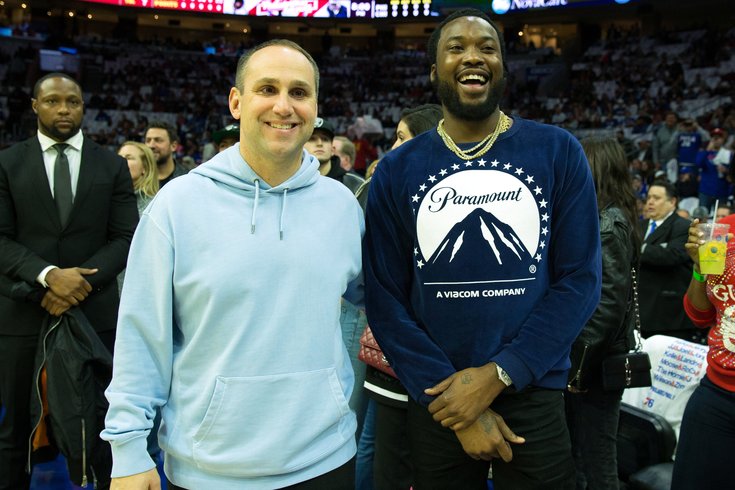 Meek Mill and Michael Rubin are two regulars court side at Sixers games.

The bill Harris announced is designed to keep fewer people on probation, and shorten the time for those still on probation, according to the Associated Press.

TMZ provided more insight on what Harris’s bill will hope to accomplish:

Mill, Rubin, and Jones are all founding members of the Reform Alliance, the organization formed in January to lobby for changes to state probation and parole laws across the country.

It only seems right that Mill would begin with his home state, where he has first-hand experience with the probation and parole system.

A new Bill is coming in Philadelphia pic.twitter.com/oRNV96URiM

#MeekMill was joined by #76ers co-owner #MichaelRubin, #CNN's #VanJones who is also the CEO of REFORM Alliance and several local politicians at the #Philadelphia Municipal Services Building where they proposed new #legislation to reform the state probation and parole system. pic.twitter.com/cdpopiQyKr

Philadelphia District Attorney Larry Krasner, whose office approved a new trial for Mill last April,  said last month that his office plans on seeking lower terms of probation and parole, and wants to end “mass supervision,” per the Philly Trib.

And last May, Mill appeared with Pennsylvania Gov. Tom Wolf in Philadelphia and called for justice reform across the state.