The bakery chain founded in Phillly will open a retail shop, test kitchen and office space at Broad and Chestnut streets 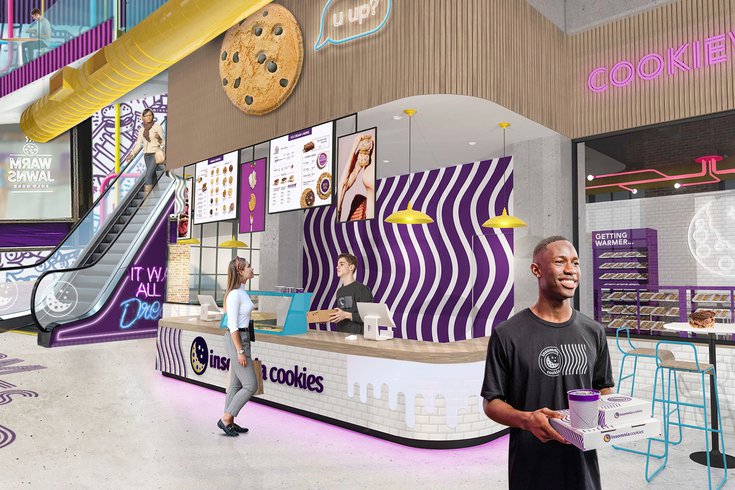 The rendering above shows Insomnia Cookies planned headquarters at the corner of Broad and Chestnut streets in Center City. The Philadelphia-based company, founded in 2003, now has more than 200 locations in the United States.

Insomnia Cookies, the late-night munchie company founded in Philadelphia, will take over a prominent piece of commercial real estate in Center City with a new headquarters at the corner of Broad and Chestnut streets.

The company, which now has more than 200 locations in the United States, announced Wednesday that it will take over the space previously occupied by Walgreens. The building will be renamed the "Imagine What's Possible Center," housing the company's offices, a test kitchen and a ground-floor storefront.

Passersby may do more than just imagine if it's possible to eat a whole box of cookies.

“This is a vital time for Insomnia’s expansion and evolution, and as we continue to grow so quickly, it was important for us to commit to Philadelphia and further solidify our investment in our city and our people as part of our brand journey,” said Seth Berkowitz, who founded Insomnia Cookies while studying at the University of Pennsylvania in 2003.

The choice to take over such a prime space was motivated by a desire to promote creativity among the company's employees, known as Insomniacs.

"This collaborative workplace will be integral in supporting our employees as they explore the next frontier of cookievation and immersive consumer experiences," Berkowitz said.

The headquarters will span 23,000 square feet when it opens fully in 2023 and will serve 80 full-time employees. 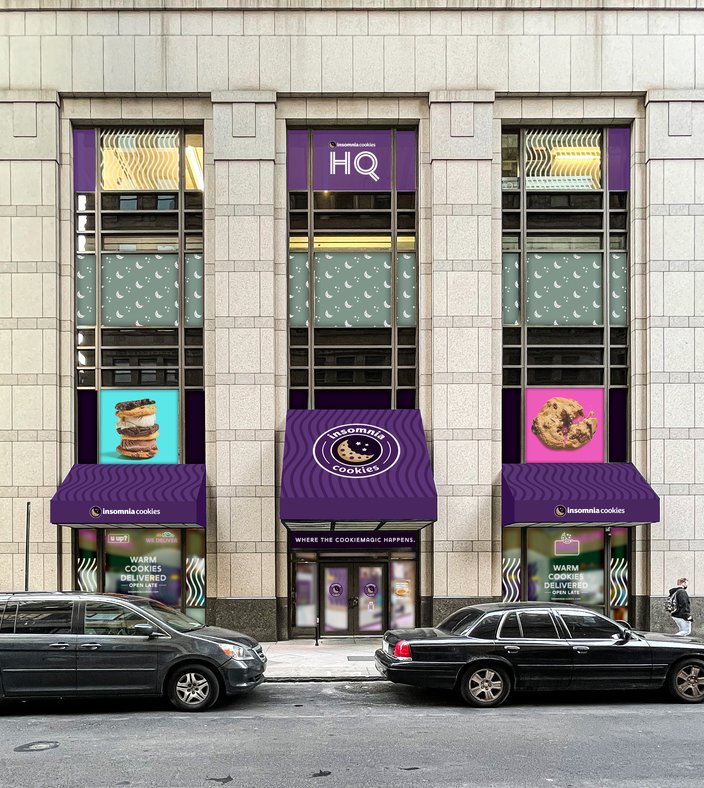 Insomnia Cookies will transform the space previously occupied by the Super Walgreens in Center City.

Walgreens closed its flagship superstore at the property in February after nearly eight years there. Before that, the space was occupied by a Borders bookstore that closed in 2011 as the company entered bankruptcy. Walgreens had envisioned the three-level store as a way to capitalize on Center City foot traffic and build brand recognition. It even had popular cafe. The COVID-19 pandemic put a major dent in Center City's retail community and Walgreens stores across the country were shuttered, partly due to an uptick in thefts.


Insomnia Cookies was born as a local delivery concept that strategically expanded with locations concentrated around college campuses, initially opening storefronts in Syracuse, New York and Philadelphia. Over the years, the company has broadened its selection of cookie flavors and added other treats like cookie sandwiches, cookie cakes and ice cream.

Krispy Kreme acquired a majority stake in Insomnia Cookies in 2018, but the company still operates independently.

Last year, Insomnia Cookies opened a "cookie speakeasy" at its new storefront in East Passyunk, with a secret room leading to a CookieLab. People who stop by can customize cookies and build their own milkshakes.

The company said Wednesday that the space in Center City will be adorned with neon signage and cookie-inspired art.