Magee was a fixture on station's 'Down the Shore,' FYI Philly segments 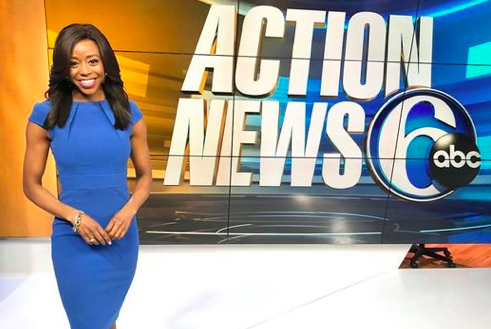 Melissa Magee spent 11 years at 6ABC, providing weekend weather reports and other segments for viewers across the Delaware Valley. She will return home to Los Angeles to be closer to her family.

Longtime Philadelphia meteorologist Melissa Magee, a staple on 6ABC's weekend weather reports, announced Monday that she will be leaving the station to return to her family in Los Angeles.

Magee joined 6ABC in late 2009 and covered one of the city's biggest snowstorms in recent memory during her first week on the air.

In a statement on Facebook, Magee thanked her colleagues and Philadelphia area viewers who have supported her over the years.

THAT’S A WRAP PHILLY! It’s been an incredible ride working & living in the community I served for 11 years. I’ll never...

"Having such a long tenure in one spot in this biz is not lost on me," Magee wrote. "That’s partly due to YOU, the viewers. Thank you for welcoming me into this Philly jawn 😉 from the moment I started. The Delaware Valley embraced me from the beginning & I’m forever grateful for the kindness shown to me."

In addition to covering weekend weather, Magee appeared regularly on 6ABC's "Down the Shore" and FYI Philly segments.

It's not yet clear who will take over for Magee to cover the weather on the weekends.

"Channel 6 really is like family. This is a bittersweet moment saying goodbye," Magee wrote. "I’m going to miss my colleagues, who over the years, have become some of my closest friends. I’ll cherish all of the special moments we shared. Thank you again for all of the brotherly love & sisterly affection!"