Feud between Kelly Ripa and Bachelor Nation amps up

Ripa "disgusted" by the show 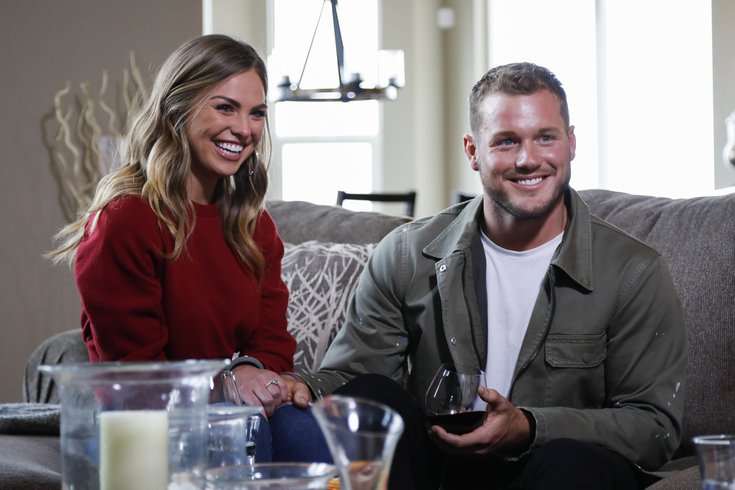 Hannah B. lost out in her bid for Colton's heart on "The Bachelor."

Kelly Ripa blasted the popular reality TV series “The Bachelorette” on her Monday episode of “Live With Kelly and Ryan” saying that it “disgusts” her.

It went downhill from there.

Kelly has been very vocal about her disdain of Bachelor Nation for years. What makes this all too peculiar is Kelly and co-host Ryan Seacrest have contestants from the franchise on their show regularly. After all, both shows air on ABC.

This particular feud started when Seacrest stated how the current star of “The Bachelorette,” Hannah Brown, was going to appear on “Live With Kelly and Ryan” this week. Kelly was confused and thought the former “The Bachelor” lead Colton Underwood’s girlfriend, Cassie Randolph, (you know, the person Colton jumped the fence for) was the new bachelorette. Seacrest informed Ripa that Randolph was not the new bachelorette, to which Ripa asked, “Oh, it’s an entirely different person?”

Ripa then went on to explain how she feels about the franchise.

“You guys, you know how I feel about the show, it disgusts me,” Ripa said. “I can’t stand the idea of 25 exceptional women fighting over one ordinary fella, in my opinion. You know how I feel, ladies; we are too special to be arguing over a guy.”

Prominent figures in Bachelor Nation took to social media to call Ripa out.

Look out #BachelorNation ⁦@KellyRipa⁩ is coming after you and your “disgusting” Monday night habit. https://t.co/pcAw0MtPOr

Colton Underwood historically loves stirring the pot on Twitter, so of course he had to chime in:

How mad is Kelly Ripa going to be when The Bachelor wins an Emmy this year?

To make the entire situation even stickier, Hannah Brown appeared on “Live With Kelly and Ryan” Thursday, where Ripa doubled down on her scorching hot take.

“You know I’m not behind any of this,” Ripa said to Hannah as she sat down for her interview. “You blink twice and I’ll get you out of this. You seem like a lovely girl.”

While Ripa never explicitly brought up her comments from earlier in the week, she stood her ground, stating, “I am very against women fighting over a guy. I think it’s weird and it sets us back.”

But Hannah, who earned the nickname “Hannah Beast,” informed Ripa what being on “The Bachelor” is really like.

“Being part of the show is not women fighting against each other,” Brown said. “Some of my best friends are from the show.”

Ripa, a Berlin, NJ (and notorious Eagles fan) native, has blasted the show in the past. Previously, Ripa called into question the “sanity” of former bachelors Arie Luyendyk and Colton Underwood.

Chris Harrison guest hosted with Ripa in 2016 when she told Harrison that none of the couples actually get married. Harrison rebutted saying how that’s not true and he has actually officiated Bachelor Nation weddings.

However Ripa did applaud “The Bachelorette” when it announced in 2017 that the show casted the first African American lead in Rachel Lindsay.

But maybe Ripa is “The Bachelor” whisperer? In 2015, she interviewed Bachelor Nation couple Shawn Booth and Kaitlyn Bristowe telling them, “we have had a lot of ‘The Bachelor’ and ‘The Bachelorette’ couples that have proposed and then they sit here, and then they leave and then it implodes.”

As if on clockwork, Booth and Bristowe broke up in the fall of 2018.

However Ripa feels about the show, one thing can be certain. As is tradition, Ripa and Seacrest will interview Hannah, with her lucky suitor, at the end of the season.

For now, the drama continues. You can watch “The Bachelorette” on ABC on Monday nights at 8 pm EST.