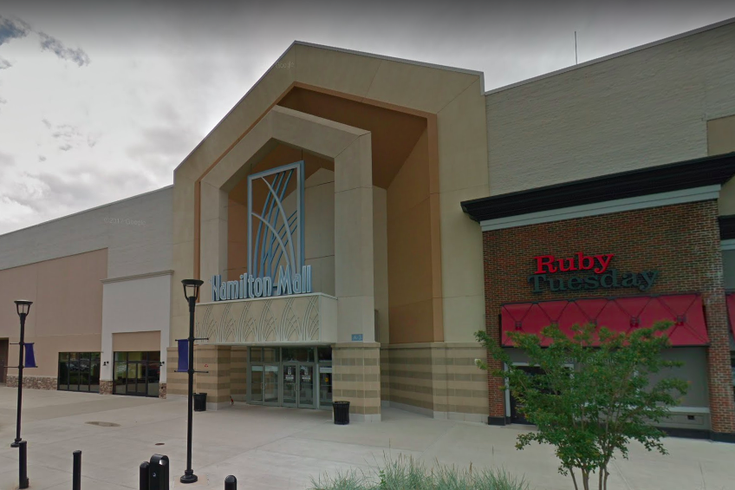 The entrance to the Hamilton Mall in Hamilton Township, New Jersey.

Police arrested eight people at Hamilton Mall on Saturday after several large fights broke out in the food court.

Officers were called to the Mercer County mall earlier in the day to respond to a number of "small altercations," resulting in the arrest of one juvenile female for disorderly conduct, police said.

Later, police received reports of a large group of people congregating in the food court. Officers tried to escort some of the individuals out when chairs and debris were thrown and several fights started.

Seven more people were arrested, including two adult males and five more juveniles. Amir Vaughn and Theron Parrish-Jordan, both 18 and from Mays Landing, were charged with disorderly conduct. Charges against the five juvenile males included resisting arrest and disorderly conduct.

Police said one officer was assaulted and treated at a local hospital for a minor injury.

Videos of the incident, which contain explicit language, can be viewed below.

Pressed about the matter on Twitter, the mall said in a statement that they closed early because of the fights. The statement said the mall is working closely with police, adding that no one was seriously injured.

To ensure the safety of mall patrons and employees, we made the
decision to close the mall early last night. We are working closely
with police as they investigate the disturbances, but can confirm that
no one was seriously harmed or injured.

Police said more charges are coming as an investigation into the brawls continues. Anyone with information or video of the incident is asked to call Detective Perna of the Hamilton Police Department at (609) 625-2700, extension 542.